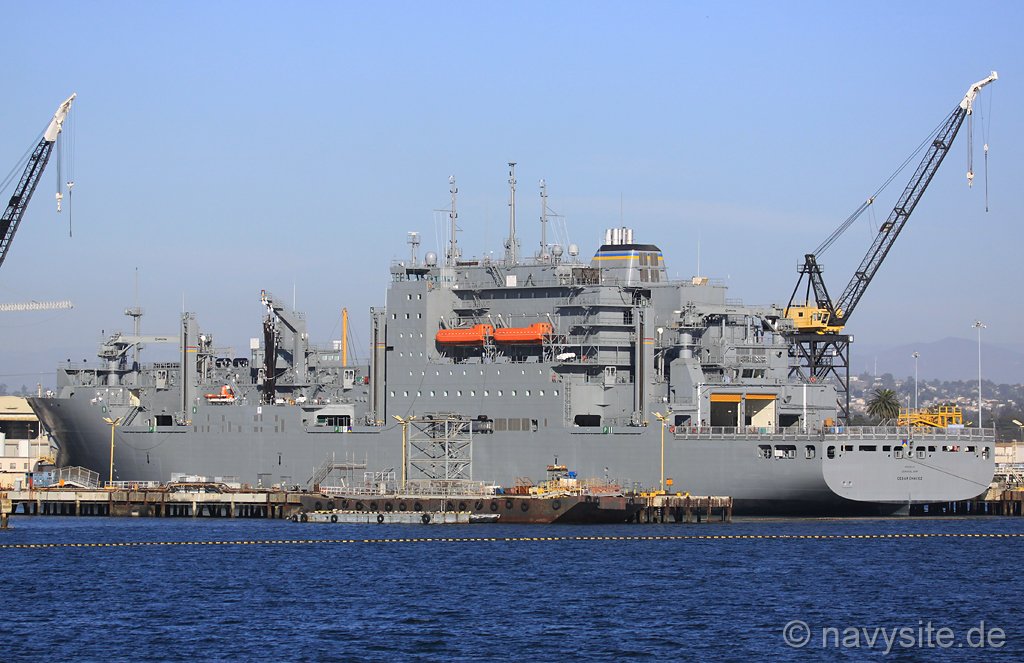 USNS Cesar Chavez (T-AKE-14), a Lewis and Clark-class dry cargo ship, is the first ship operated by the United States Navy to be named for Cesar Chavez (1927–93), labor leader and civil rights activist. Mr. Chávez joined the Navy at the age of seventeen in 1944 during World War II, and served for two years. 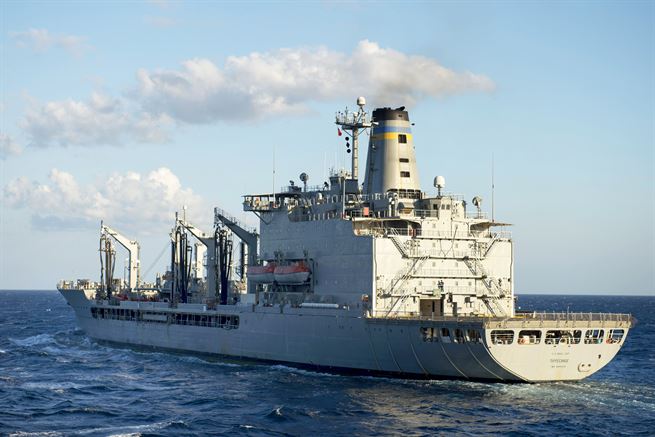 USNS Tippecanoe (T-AO-199) is a Henry J. Kaiser-class underway replenishment oiler operated by the Military Sealift Command (MSC) to support ships of the United States Navy.She serves in the United States Pacific Fleet.[citation needed] Tippecanoe, the thirteenth ship of the Henry J. Kaiser class, was laid down at Avondale Shipyard, Inc., at New Orleans, Louisiana, on 19 November 1990 and launched on 16 May 1992.She entered non-commissioned U.S. Navy service under the control of the MSC with a primarily civilian crew on 8 February 1993.