THE Subic Bay Metropolitan Authority (SBMA) and Bases Conversion and Development AUthority (BCDA) are coordinating with the Southeast Asian Games committee in preparation for next year’s international athletic meet which will be held in the country from November 30 to December 10.

This was learned from SBMA Administrator Wilma “Amy” Eisma during a meeting with members of the Pampanga Press Club at the Park Inn by Radisson Clark on Tuesday, October 16.

“We are now working very closely with the SEA Games committee,” she said.

Eisma said some of the sports events including triathlon, duathlon, sailing, beach volleyball, sepak takraw, taekwondo, weightlifting, Muay Thai, chess, table tennis and others will be held in Subic.

With the help of the national government, SBMA has implemented a P50 million project for the rehabilitation of support facilities and road networks which will be used in the 2019 SEA Games, according to the official.

Half of the SEA Games categories will be held in New Clark City in Capas, Tarlac, she said.

THE Subic Bay Metropolitan Authority (SBMA) and Bases Conversion and Development AUthority (BCDA) are coordinating with the Southeast Asian Games committee in preparation for next year’s international athletic meet which will be held in the country from November 30 to December 10.

This was learned from SBMA Administrator Wilma “Amy” Eisma during a meeting with members of the Pampanga Press Club at the Park Inn by Radisson Clark on Tuesday, October 16.

“We are now working very closely with the SEA Games committee,” she said.

Eisma said some of the sports events including triathlon, duathlon, sailing, beach volleyball, sepak takraw, taekwondo, weightlifting, Muay Thai, chess, table tennis and others will be held in Subic.

With the help of the national government, SBMA has implemented a P50 million project for the rehabilitation of support facilities and road networks which will be used in the 2019 SEA Games, according to the official.

Half of the SEA Games categories will be held in New Clark City in Capas, Tarlac, she said.

SUBIC BAY FREEPORT – A Korean financer in a casino was found behind the Pier One Moonbay Marina restaurant after allegedly shooting himself in the left temple this Wednesday morning here.

According to the SBMA Law Enforcement Department (LED) chief Col. Vicente Tolentino, two female joggers found Park Jin Sung lying on beach behind the restaurant at 6:15am. The witnesses flagged down LED Viking Patrol Allan Tolentino, who was patrolling the area on his bike.

The bike patrol officer alerted the Emergency Response Team of the SBMA Dispensary, who immediately responded to the incident. Responding Doctor Arlene Cesa found the victim still gasping for breath, but noted that the victim had already shot himself on the left temple with a 9mm handgun.

The victim, a resident of Ayala in Alabang, succumbed to his wound before the EMT could save his life. The victim’s handgun was found underneath his body while ammunitions of the said gun were found lined up on a concrete structure where the victim sat.

Tolentino said that the driver of the victim confirmed that the two arrived in Subic Bay Freeport at 4am, a few hours before the incident, and that they were checked in at the Diamond Hotel in separate rooms. The driver also disclosed that the victim never even went to his room.

Currently, the LED and the Philippine National Police (PNP) are conducting a joint investigation on the matter as the body was removed from the scene.

MARIVELES, Bataan — A new locator has committed to invest USD1 billion at the Freeport Area of Bataan (FAB) here.

FAB Chairman Emmanuel Pineda made the announcement during the signing of a memorandum of agreement (MOA) on Wednesday between FAB and The BizLink, Phils., Inc., represented by its president Virgilio Pagulayan.

BizLink is a Korean firm with subsidiaries in various parts of the world.

“It is the 137th company in the Bataan freeport. Definitely, it is among if not one of the biggest investors in FAB,” Pineda said. “It will invest USD1 billion or around PHP54 billion.”

Pineda said the firm is seen to generate 10,000 jobs upon full completion of its projects in three sites.

The BizLink will build a multi-storey Information Technology building which will house an IT school that intends to have 1,000 graduates every year.

It will also develop a 26-hectare property for a mixed-use complex.

“I will see to it that with the help of the people around me, we will deliver what is expected of us,” Pagulayan said.

Boracay is reopening for a 10-day trial period CREDIT: GETTY

Visitors to a newly reopened Boracay will be subject to a set of stringent rules to avoid the Philippine island paradise from returning to the “cesspool” state that led to its closure earlier in the year.

After a six-month clean-up operation, the tiny outcrop in the Sulu Sea has reopened for a “dry run” of 10 days, during which only local tourists will be allowed entry while authorities assess the island’s “rehabilitation”. On October 26 Boracay will open officially to all nationalities.

As well as an overnight visitor cap of 19,000, new regulations to be imposed on travellers include a ban on smoking and drinking on White Beach and a temporary restriction on all watersports.

What is Boracay and why was it shut?
The Philippines has experienced a surge in tourists in recent years. Just over one million went there in 1990 – last year it was 6.6m. And almost a third of those tourists – more than two million – visited Boracay, which measures just 3.98 square miles and has a resident population of just 30,000. That’s all the more remarkable when you consider that the Philippines has 7,640 other islands to choose from, according to the most recent estimate from the country’s National Mapping and Resource Information Authority.

A decade ago, Boracay certainly was worth visiting. The magazine Travel+Leisure declared it the best island in the world back in 2012, thanks largely to the powder soft sand of White Beach. But back in April President Rodrigo Duterte called it a “cesspool”. His verdict came after a video showing sewage flowing directly into Boracay’s blue waters went viral. The controversial leader castigated local authorities for permitting unchecked development and dispatched an emergency government taskforce to save the island from an ecological catastrophe. Inspectors found over 800 environmental violations. Figures showed that rubbish generated per person on Boracay was more than three times higher than in the capital, Manila.

Is the island ready to be reopened?
According to local authorities it is, but officials from the Boracay Inter-agency Task Force (IACT) have asked the public to “manage expectations” ahead of returning to the island.

Tourism secretary Benadette Romulo Puyat told CNN that the public needs to understand that returning the island to its optimal state will be done in phases and that the “full rehabilitation” will not be complete until next December.

Authorities have said that issues with the sewage infrastructure – which led to the “cesspool” description – have been resolved, with bacteria levels in the water on a par with international standards. There are, however, still road repairs taking place.

In September, president of the Tourism Congress of the Philippines Jose Clemente said “rehabilitation is just 50 per cent”, adding: “If [tourists] insist on visiting, don’t expect a fully restored Boracay as it is still a work in progress.”

There will be restrictions on beach parties, as well as drinking and smoking CREDIT: GETTY

What new rules will be in place?
A cap of 19,000 overnight visitors will be in place, while tourists may be required to present their hotel bookings to authorities before entering the island. The hotel capacity on the island is being reduced from 12,000 rooms to as few as 6,000.

A number of other recommendations by the task force will also be adopted, including a ban on “LaBoracay” parties that used to attract as many as 70,000 tourists. Last year’s LaBoracay party left 10,000kg of rubbish, authorities said. Casinos will also be banned, apparently scuppering plans for a $500million complex funded by Chinese firm Galaxy Entertainment.

Drinking, smoking and dining on White Beach will be prohibited, while there will be a temporary suspension of diving in surrounding waters as well as water activities such as banana boating and parasailing. The building of giant sand castles will also be regulated.

Souvenir shops and electric lights will be prohibited from the beachfront, and there will be a restriction on firework displays after 9pm. The hot-coal roasting of meats will be banned.

Single-use plastics will also be banned from the island, with any hotel, resort or restaurant caught breaching the policy three times to lose its licence. Visitors have been told to “bring your own straw”, and that plastic bags will be prohibited. 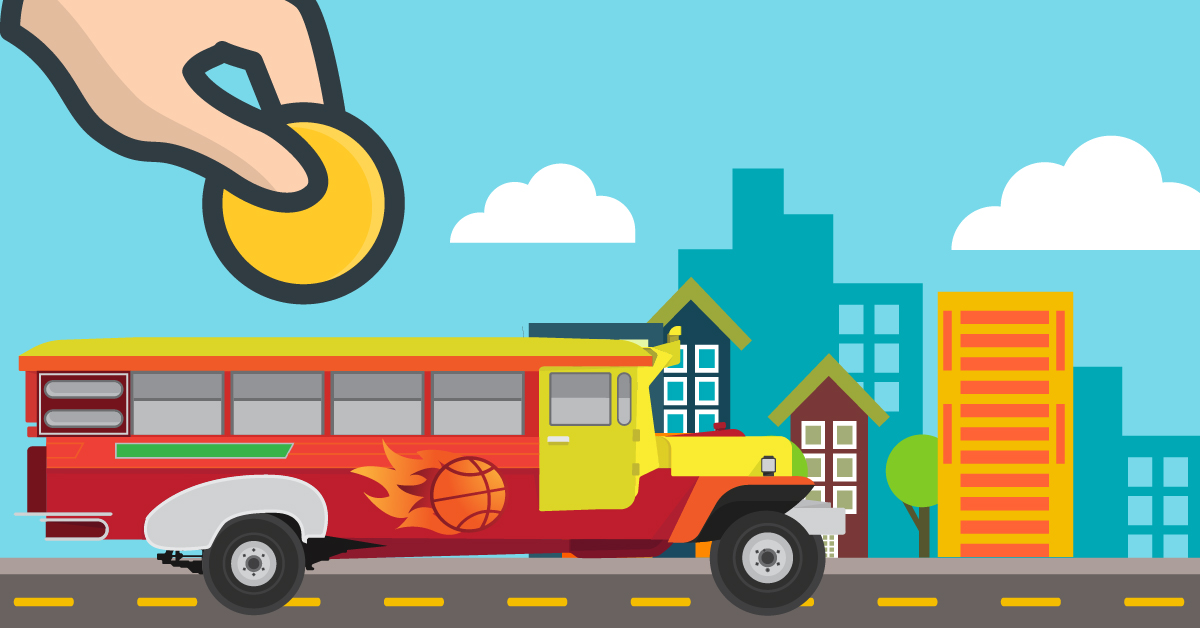 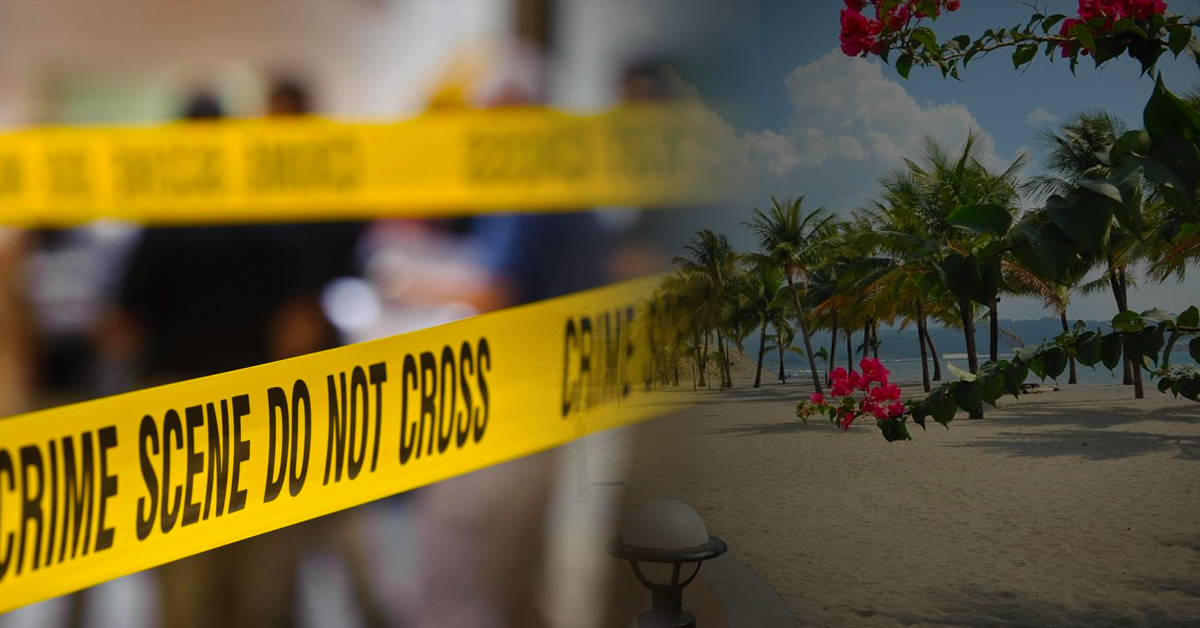 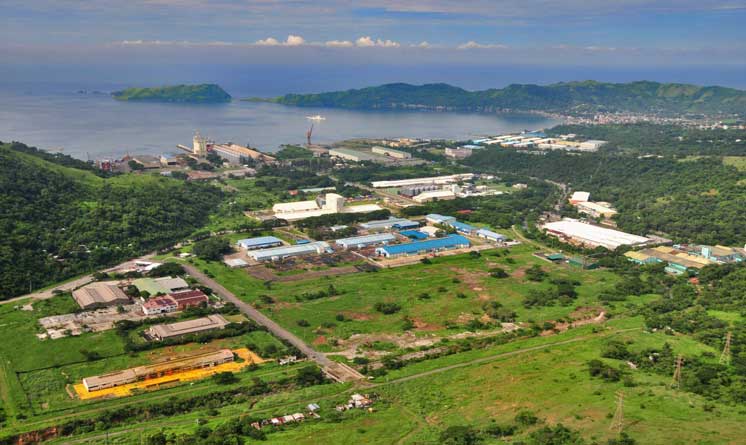 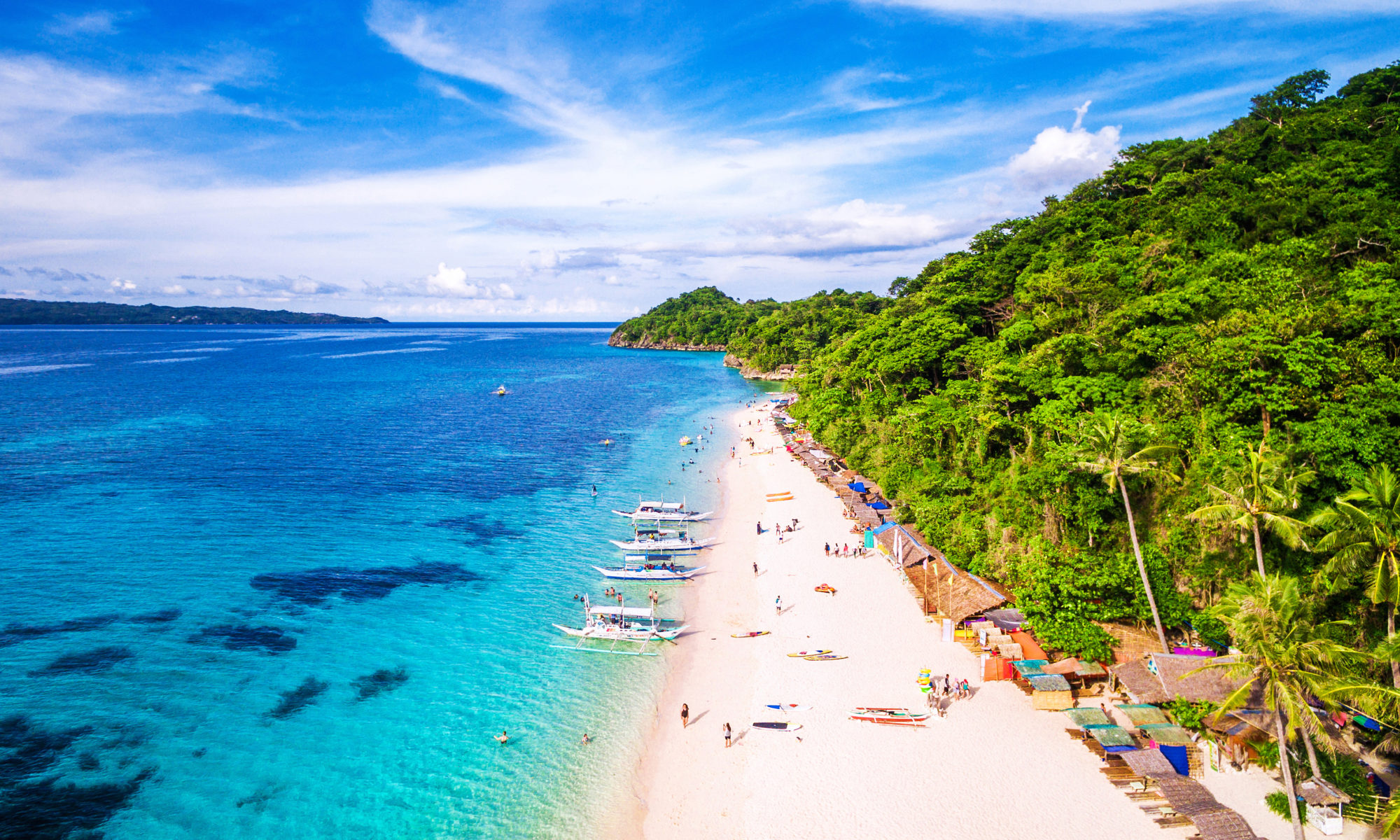 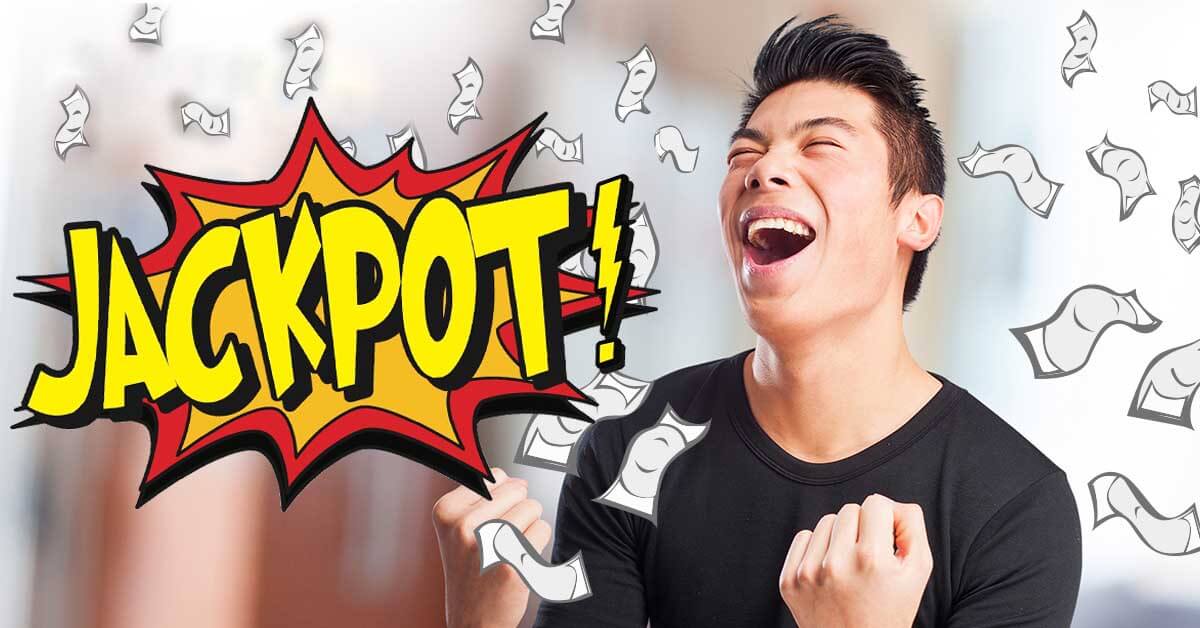 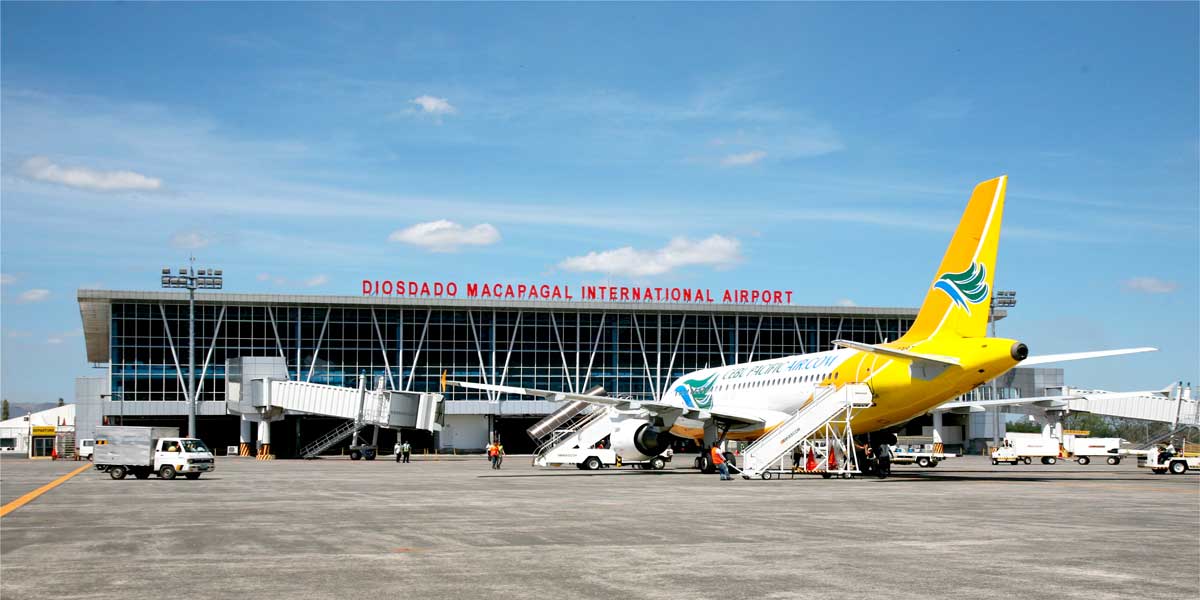 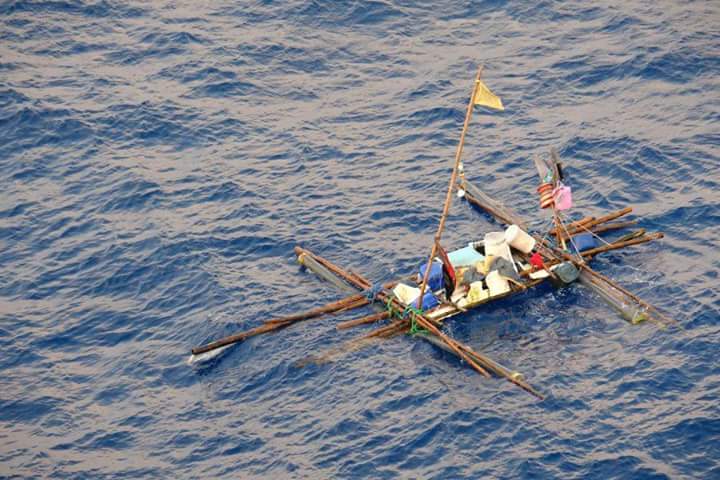 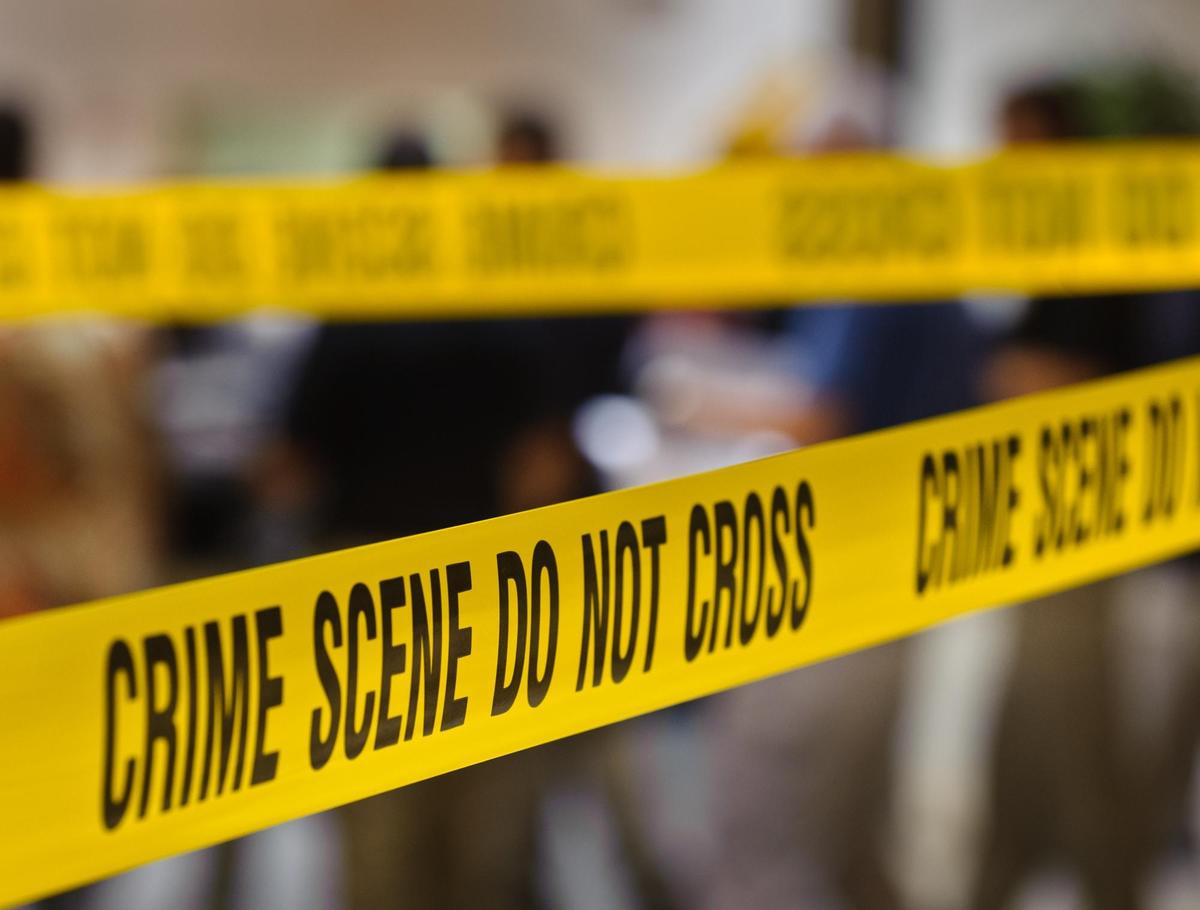 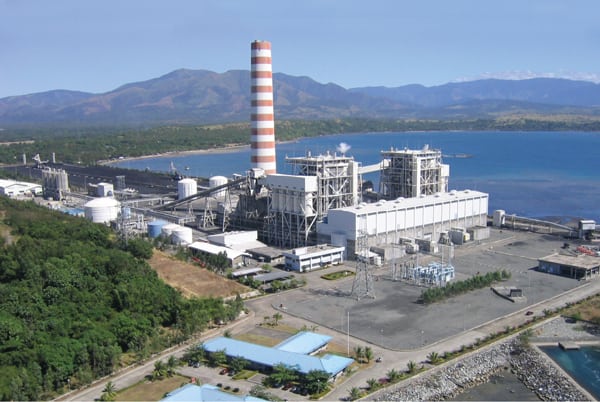 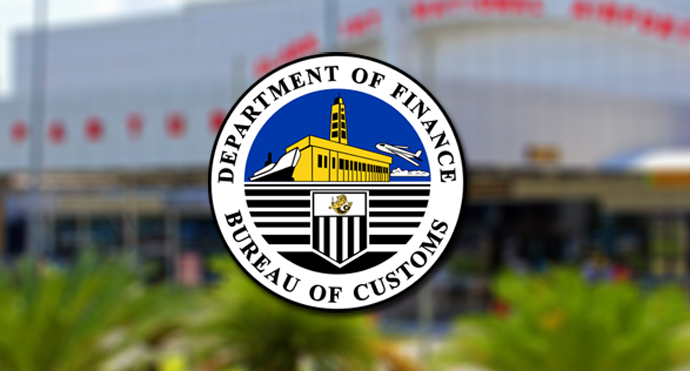 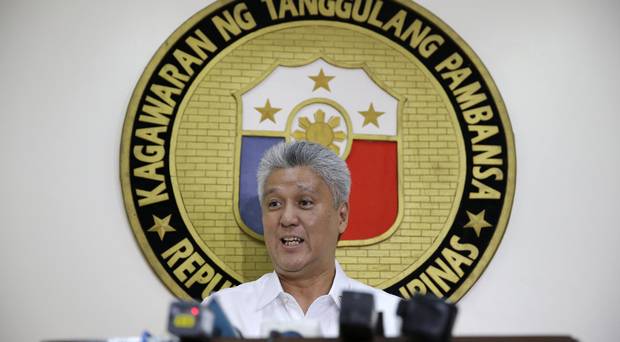 DND condoles with family of Japanese officer killed in Subic 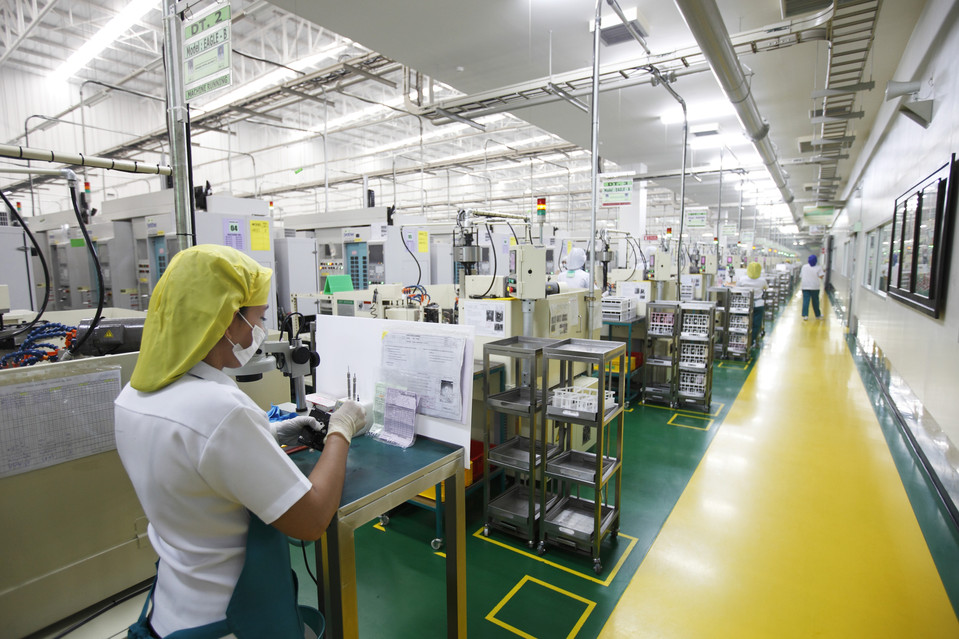 As is, ‘Trabaho’ bill could cause 30,000 workers in Subic Bay to lose jobs 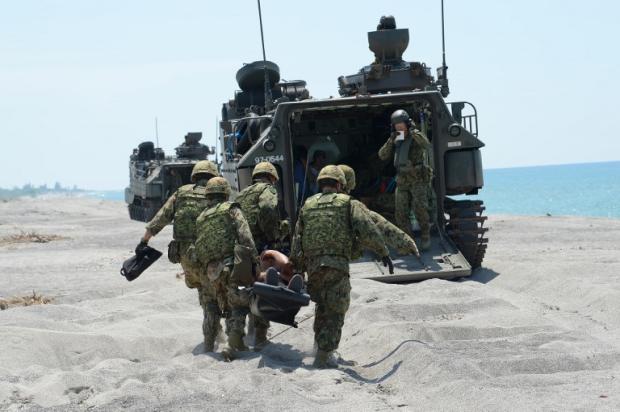 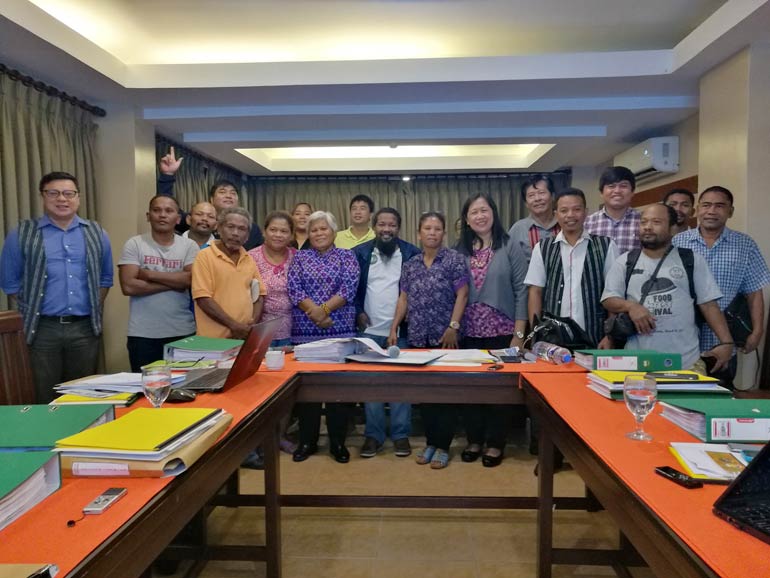 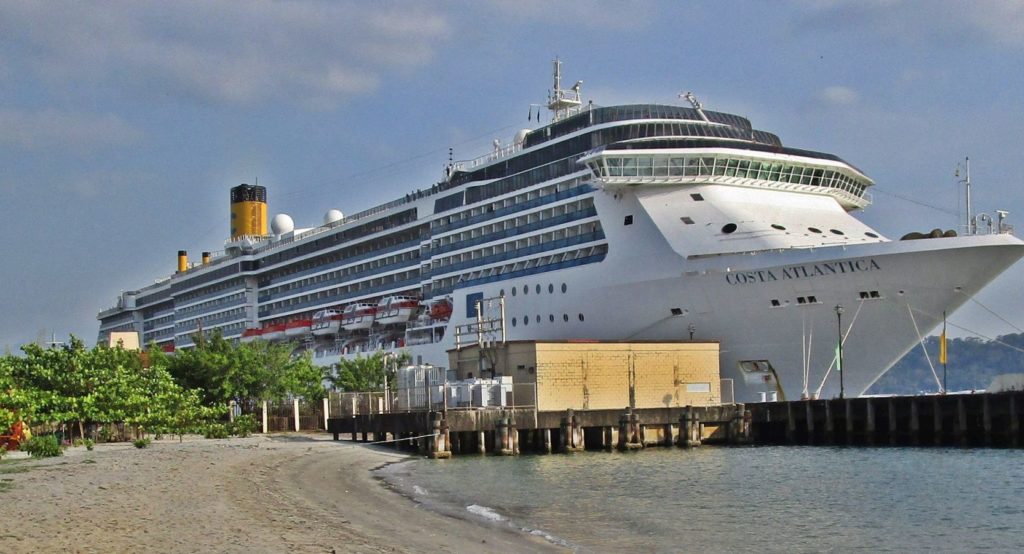 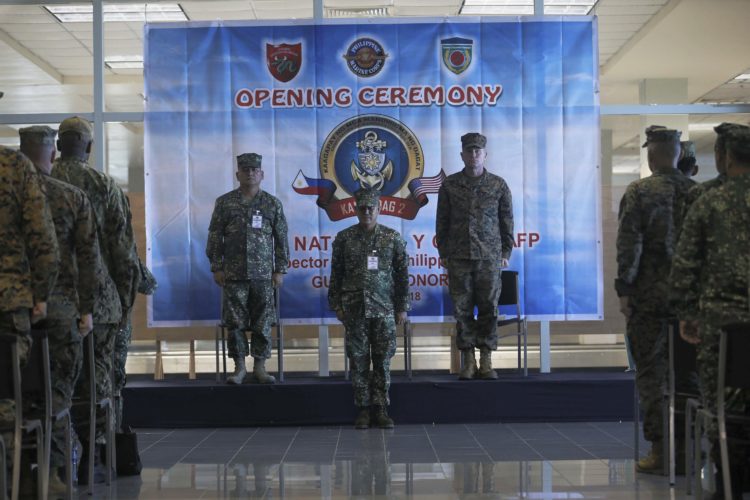 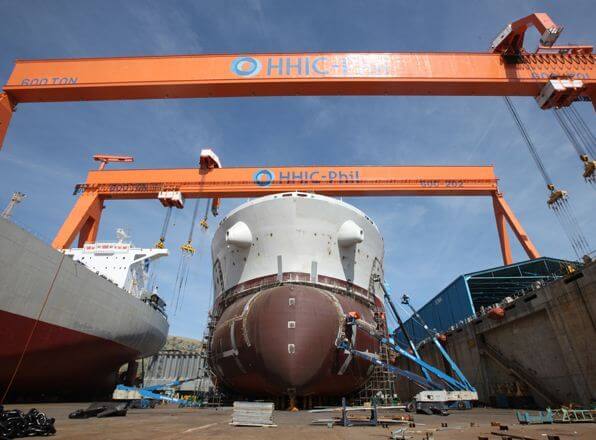 Advantage Hanjin Subic as it closes out 2020 slots with aframaxes 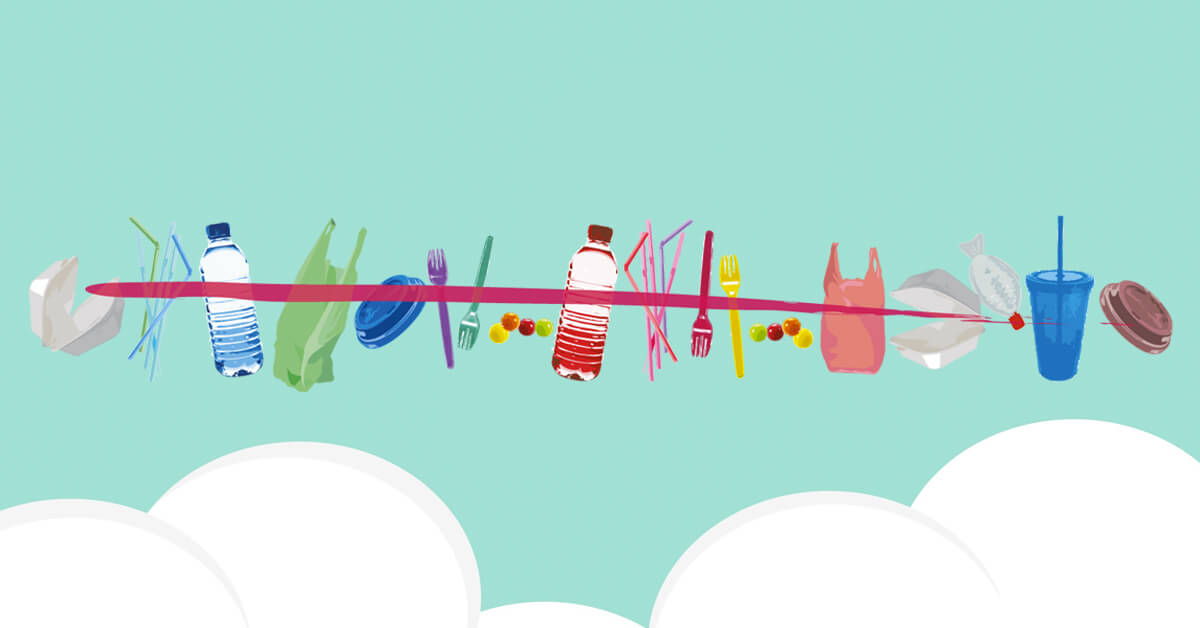 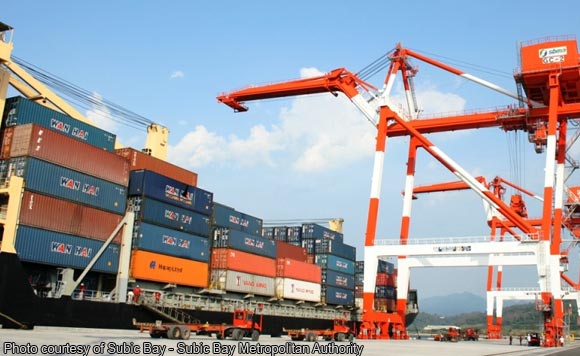