Subic Bay Freeport—The Port of Subic district collection unit of the Bureau of Customs achieved last month it’s the highest revenue collection performance in its 20-year history after generating P2.347 billion, or 12.8 percent over its target for the period.

The BOC district unit headed by lawyer Ma. Rhea M. Gregorio registered a surplus of P265.429 million, according to the data gathered on the revenue performance of the district. Its target was P2.082 billion.

This is the third consecutive months that the district achieved positive collections record since September when Gregorio assumed the post as district collector.

Subic raised P2.182 billion revenues on import duties and taxes in October, netting P87.733 million, or a surplus of 4.2 percent.

Subic Bay Freeport—The Port of Subic district collection unit of the Bureau of Customs achieved last month it’s the highest revenue collection performance in its 20-year history after generating P2.347 billion, or 12.8 percent over its target for the period.

The BOC district unit headed by lawyer Ma. Rhea M. Gregorio registered a surplus of P265.429 million, according to the data gathered on the revenue performance of the district. Its target was P2.082 billion.

This is the third consecutive months that the district achieved positive collections record since September when Gregorio assumed the post as district collector.

Subic raised P2.182 billion revenues on import duties and taxes in October, netting P87.733 million, or a surplus of 4.2 percent.

SAN FELIPE, Zambales – During her visit to the province on Friday, Sen. Cynthia Villar told Zambales farmers to embrace the proposed rice tariffication law since P10 billion earned from the law will be used for the local rice industry.

At the San Felipe Farmers Association General Assembly, Villar told the stakeholders that the bill would provide a Rice Competitiveness Enhancement Fund (RCEF) worth P10 billion. She added that part of the fund would be used in the mechanization of rice farming.

Villar stressed that the mechanization of rice farming is crucial in the development of the industry. She added that this will allow the agriculture sector, especially the rice industry, to grow and become more competitive in view of the regional economic integration under the ASEAN economic community.

She explained that half of the P10-billion rice fund will be allotted to the Philippine Center for Post Harvest Development and Mechanization (PhilMech), adding that the funds aim to provide groups of farmers with the machineries needed.

The bicameral committee approved on November 22 the allocation of P10 billion to the RCEF that will be utilized for the improvement of farm machineries and equipment. Villar, who is also the chair of the Senate committee on agriculture and food, said this will authorize the NFA to buy rice from local farmers.

The NAGT series serves as TRAP’s main development and recruitment program from the grassroots level. The next stops are in Cebu, Dipolog City, Roxas City and Cagayan de Oro.

Among the prominent junior elite and youth triathletes who signed up are Cebuano standouts Andrew Kim Remolino, Karen Manayon and Moira Frances Erediano.

At stake in the event sponsored by the Philippine Sports Commission (PSC), Gatorade, Standard Insurance, Asian Centre for Insulation Philippines and the SBMA are medals for the Top 3 winners by age-group.

Registration will end on Dec. 31 to ensure that the field will not exceed the capacity of the venue.

Esports will be a medal event in the 2019 SEA Games

Esports will now be fully included as a medal sport in the 2019 Southeast Asian (SEA) Games, the organizing committee of the host country, the Philippines, announced.

The announcement was made in a press conference held by the Philippines South East Asian Games Organizing Committee (PhilSGOC) in partnership with the Philippine Olympic Committee and gaming hardware company Razer on Wednesday in Pasay City.

The partnership aimed to elevate esports to a recognized medal sport at the SEA region’s vaunted biennial event.

Six gold medals for esports will be awarded and split across three gaming platforms — two for console, two for PC and two for mobile.

Only Mobile Legends: Bang Bang — a mobile MOBA game — has been confirmed as one of the esports titles included in the games as of the time of writing.

The other titles are expected to be finalized by December 15. According to the committee, the chosen games will have to conform to the values of the International Olympic Committee (IOC) and “should not promote the culture of violence and gambling.”

The esport athletes for each participating country will be chosen through qualifying tournaments and there will be no direct invites for established esport athletes.

We can expect that titles such as Dota 2 and League of Legends, which both have established and thriving competitive scenes in both the host country and SEA as a whole, to be among those announced later.

“We are very thrilled, excited, and honored to have esports in the SEA Games with Razer as a partner. Gamers are an important part of our community,” said PhilSGOC chairman Alan Peter Cayetano.

Esports in the SEA Games has also been accredited by the Asian Electronic Sports Federation.

The co-founder and CEO of Razer, Min-Liang Tan, revealed in a Facebook post that he visited the Philippines earlier to meet with the PhilSGOC and encourage the inclusion of esports as one of the medal sports in the games.

PhilSGOC representatives will also be meeting with the SEA Games Federation Council when the latter visits the country this week to inspect the proposed venue in Clark, Pampanga.

Esports was already included in the recently-concluded 2018 Asian Games, albeit as a demonstration sport and not as a medal event. Now, many anticipate that the SEA Games will be a trial run for a potential esports event in the 2024 Paris Olympics.

CLARK FREEPORT, Pampanga, Philippines — Traffic stood still for hours in the cities of Angeles and Mabalacat as the countdown for the 30th Southeast Asian Games (SEA Games) 2019 was launched here on Friday night with the unveiling of the SEA Games logo and clock at the Bayanihan Park.

“The activation of this countdown clock represents our optimism for a future that is full of promises. It symbolizes the common aspirations of our Southeast Asian family for a stronger regional community that is bound by friendship, camaraderie, cooperation and teamwork,” Executive Secretary Salvador Medialdea said in his speech.

The next 365 days will be challenging for the Philippines, the Malacañang official said, as the nation prepares to host the biggest sports event in the region.

Medialdea said the Philippines’ hosting of the event comes at a time when the government has embarked on an ambitious infrastructure development program.

“From our seamless network of highways that traverse the plains of Central Luzon to the Clark International Airport to the world class facilities that we erected for the games, we can confidently claim that the Philippines is indeed ready to become a regional hub of international sporting events,” he said.

This is also a time for the Philippines to show the rest of the world the warm Filipino hospitality and drive to excel in various sports, Medialdea said.

“It is indeed a chance for our athletes to compete and at the same time forge lasting friendships with their counterparts from other countries,” he added.

The Bases Conversion Development Authority (BCDA) said the countdown ceremony was “a time-honored tradition of the SEA Games to signal the start of a series of activities, functions and gatherings leading to the opening of the 30th SEA Games in 2019.”

“The logo – 11 colored linked rings – brings together and incorporates the 11 participating countries laid out in the likeness and figure of the Philippine map,” the BCDA said in a statement.

A total of 9,840 athletes will compete in 529 events of 56 sports in 47 venues in three competition hubs here at Clark and at Subic and Metro Manila.

The theme “We Win as One” encapsulates unity, togetherness and singularity of purpose and the desire to work together in a diverse community to achieve peace, progress and inclusivity, the BCDA added.

Royal Caribbean International (RCI), one of the world’s largest cruise operators said the redevelopment of existing ports or development of new ones must come with considerations that include the growing sizes of modern cruise ships and passenger loads in the region.

“We have the largest ships in the region so we have to ensure that the ports that we go to provide great guest experience once they get off the ship,” said Angie Stephen, Royal Caribbean managing director for Asia Pacific.

Stephen said she sees double digit growth in Asia’s passenger numbers including the Philippines, with their cruise ships doing more port-of-calls next year in Subic, Manila, Ilocos and Boracay.

“We’ve doubled the amount of business that we’ve seen in the last few years in the Philippines and we hope that growth continues,” Stephen said.

But for now, Royal Caribbean does not set sail from the Philippines, but from Singapore, Hong Kong and Shanghai.

“The Filipinos are some of the highest-rated in terms of guest satisfaction, the friendliness and the warmth that they give to our guests,” Stephen said.

At any one point, RCI hosts 15,000 Filipino workers on its ships globally, representing one-fourth of its 60,000 total workforce.

RCI has training facilities here in the Philippines. RCI targets 71 sailings next year in Asia, on board its ships Spectrum of the Seas and Quantum of the Seas.

Royal Caribbean made two “test” port-of-calls in July this year, first in Subic then in Manila, on the Ovation of the Seas, RCI’s biggest cruise ship.

Stephen said they received a lot of positive feedback from this, which is leading them to plan regular port-of-calls in the Philippines. 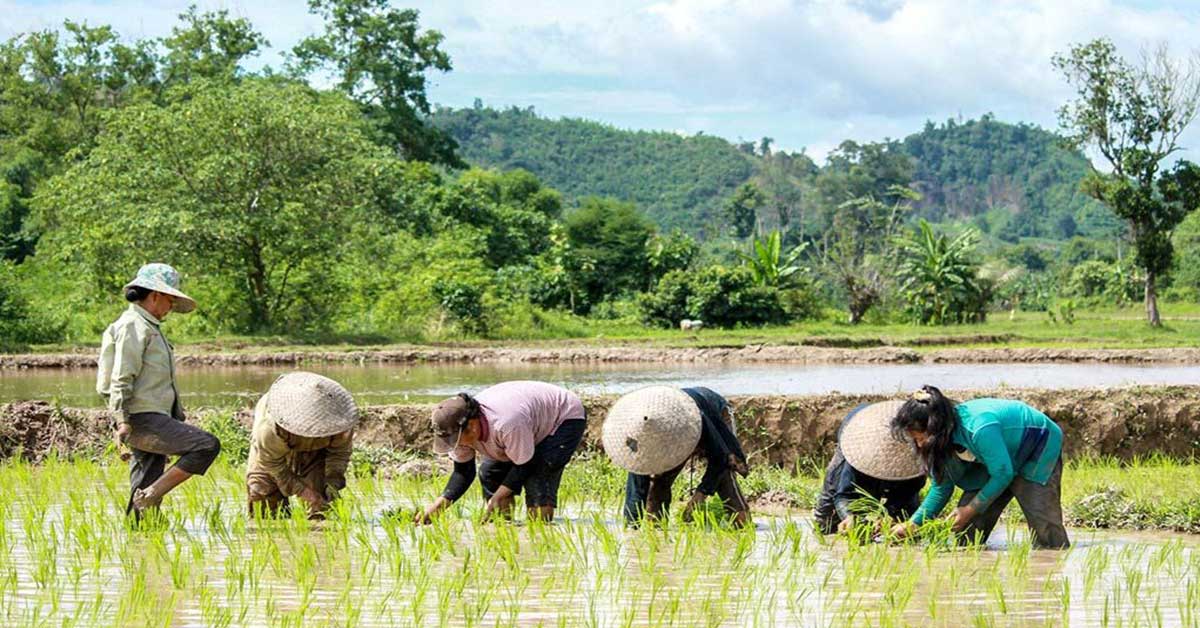 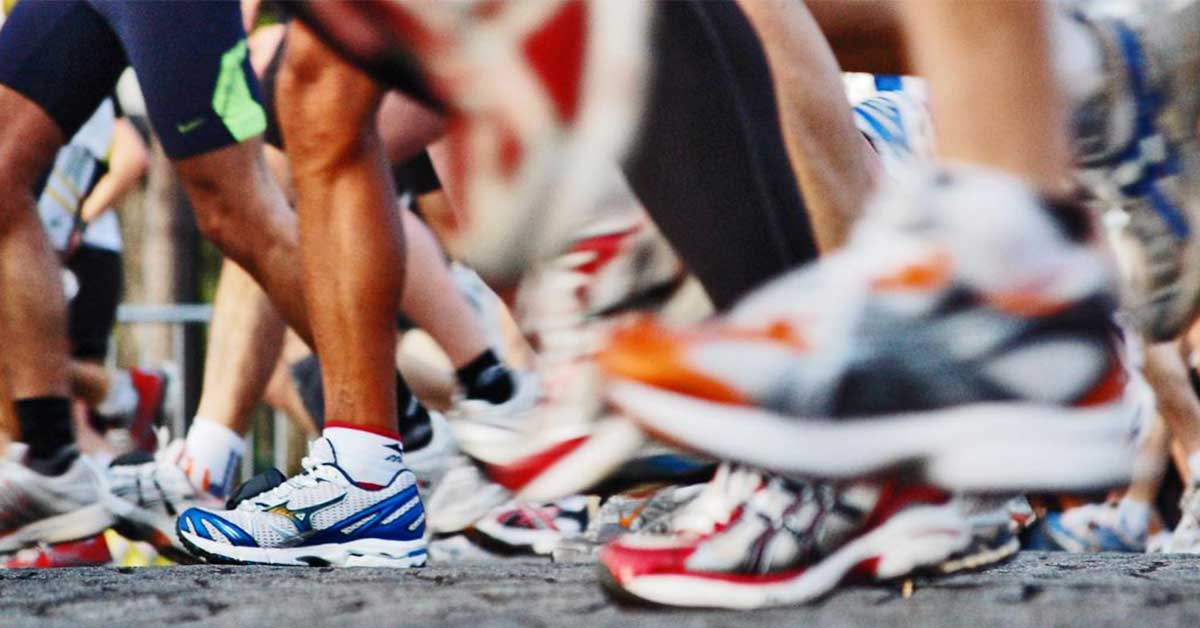 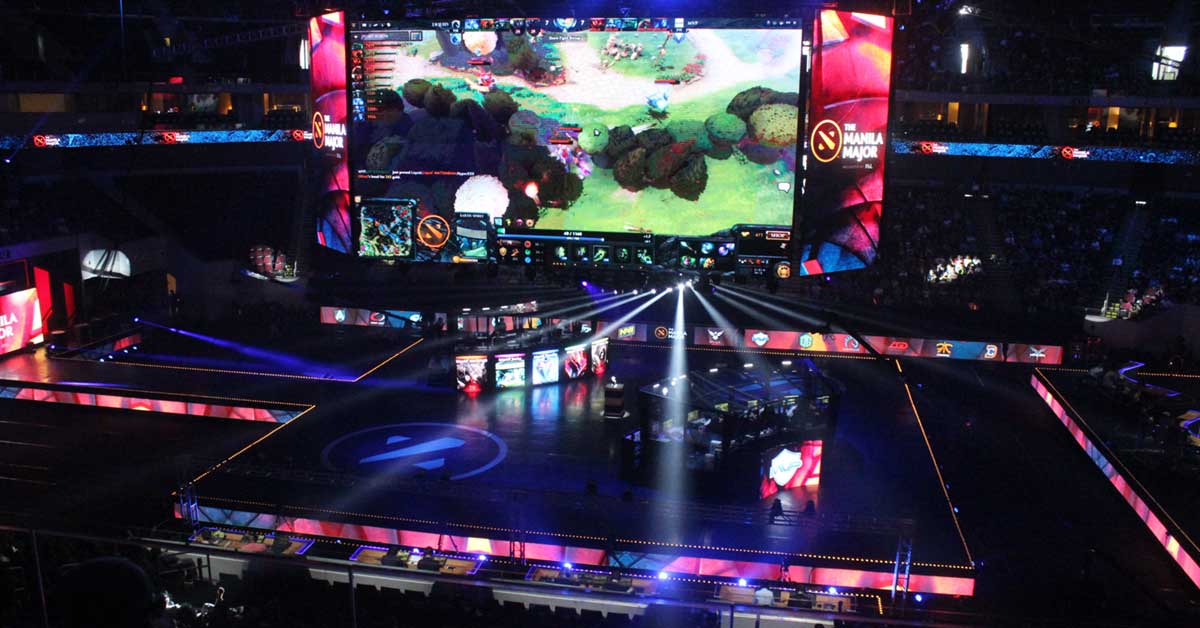 Esports will be a medal event in the 2019 SEA Games 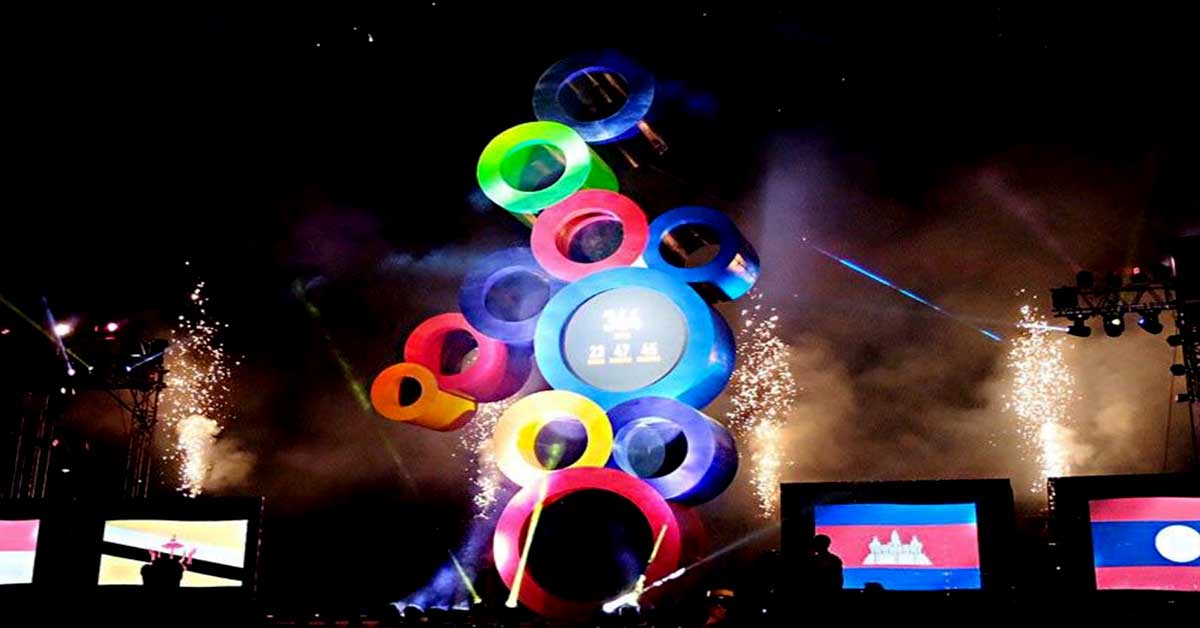 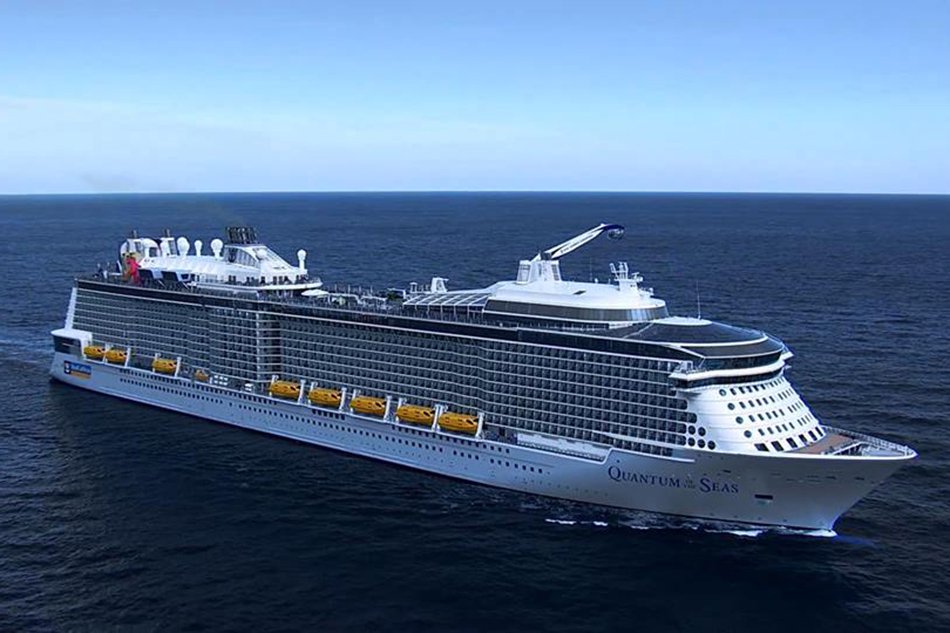 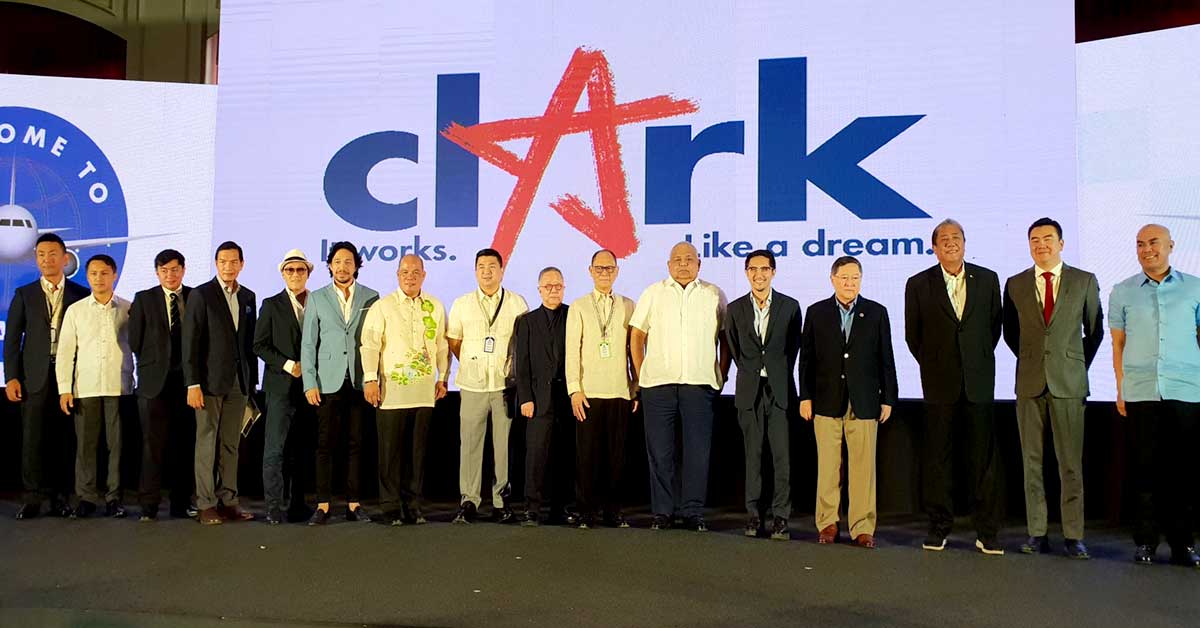 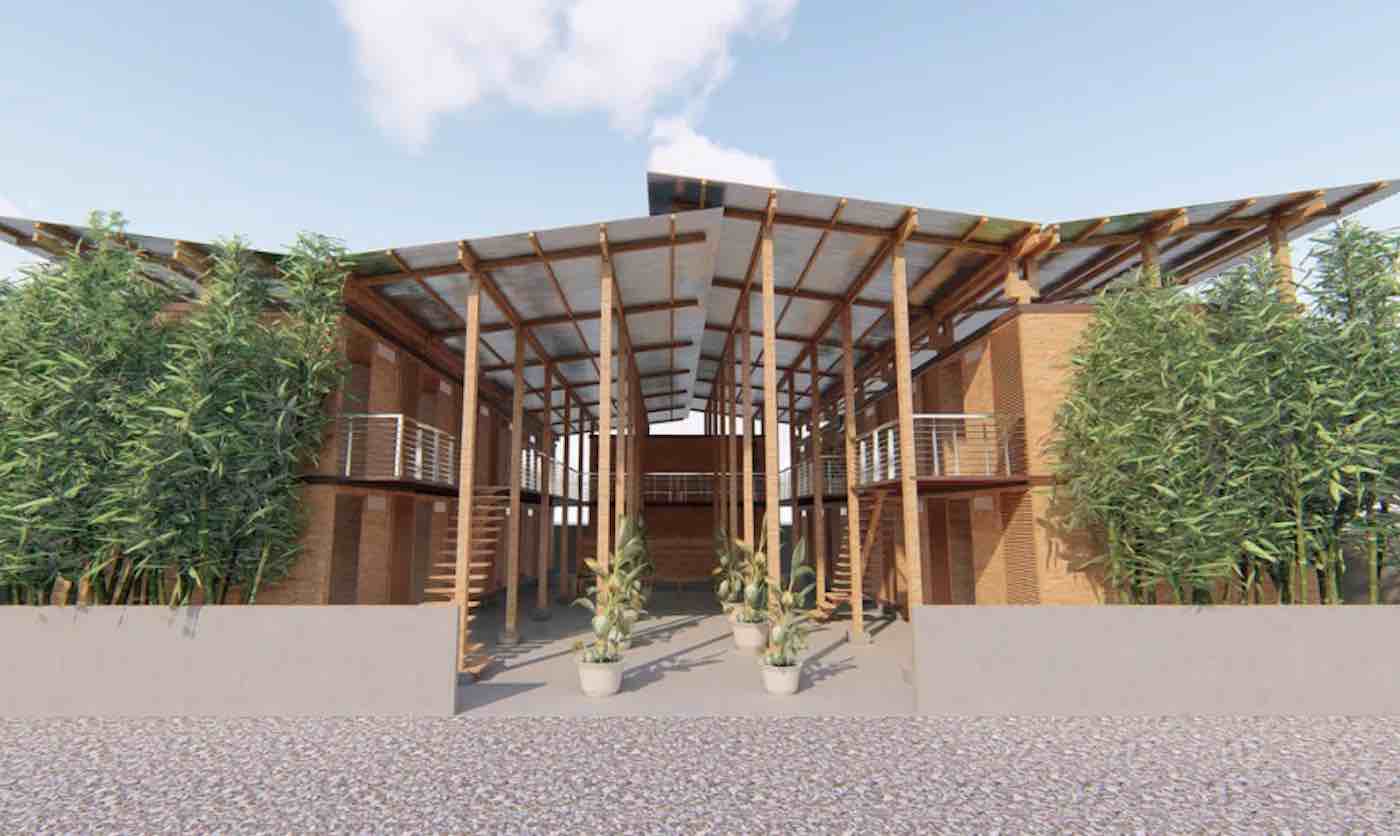 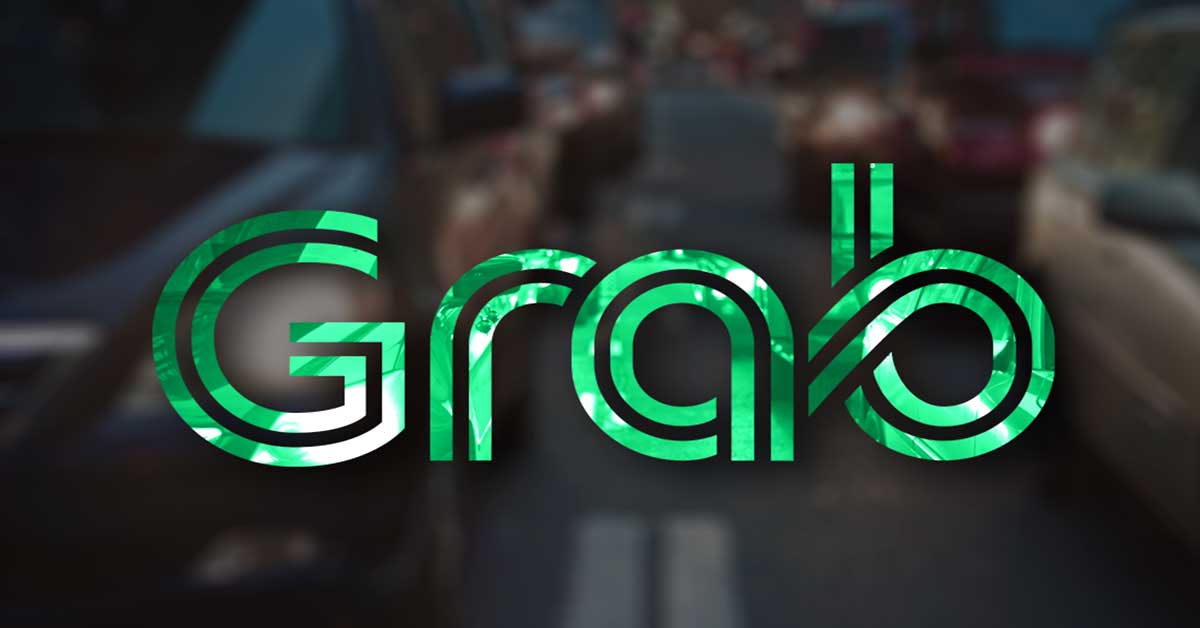 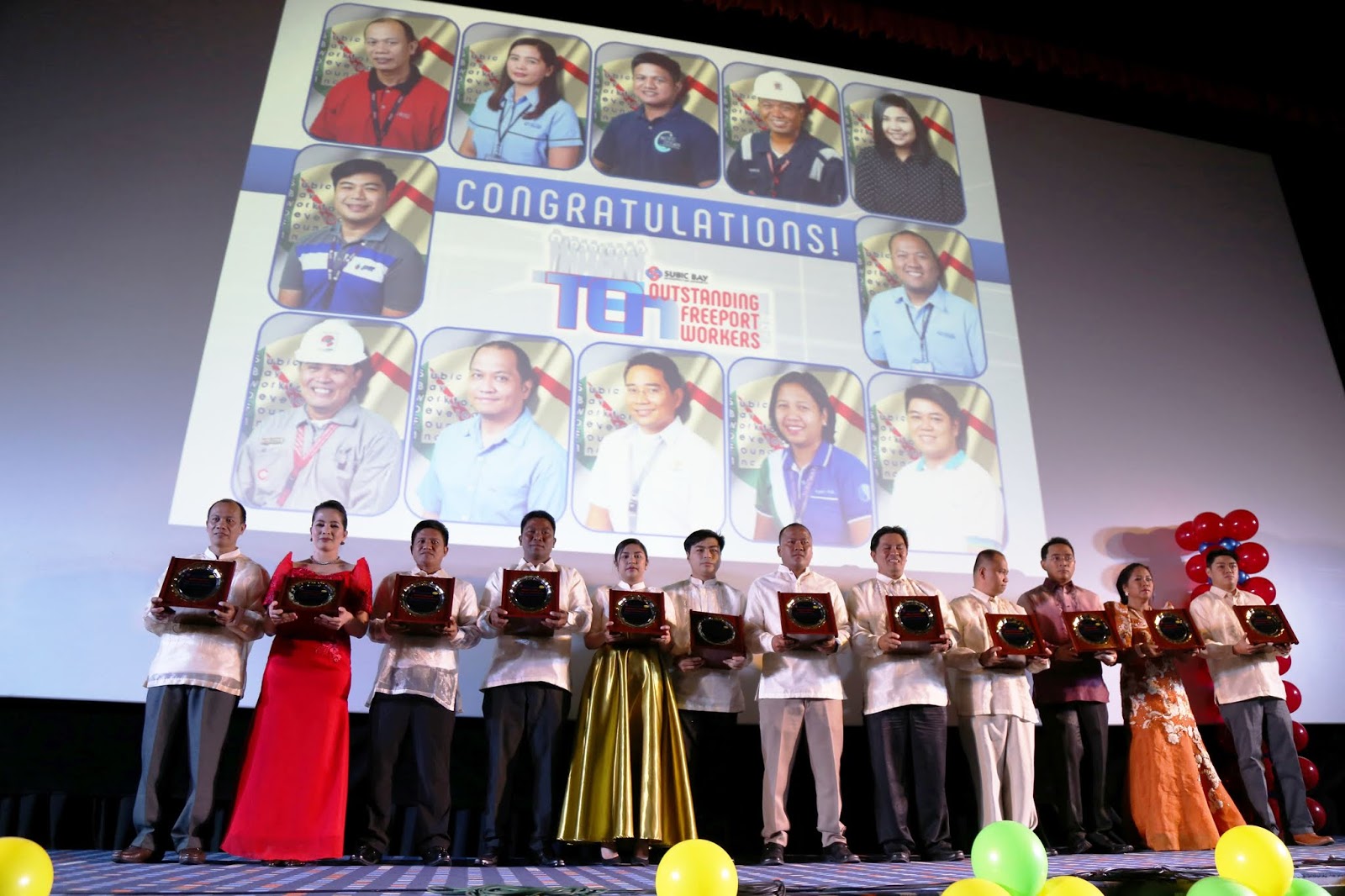 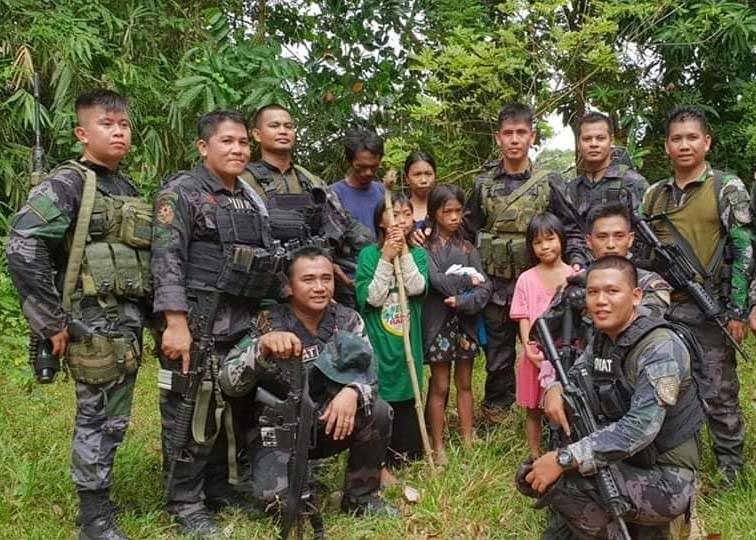 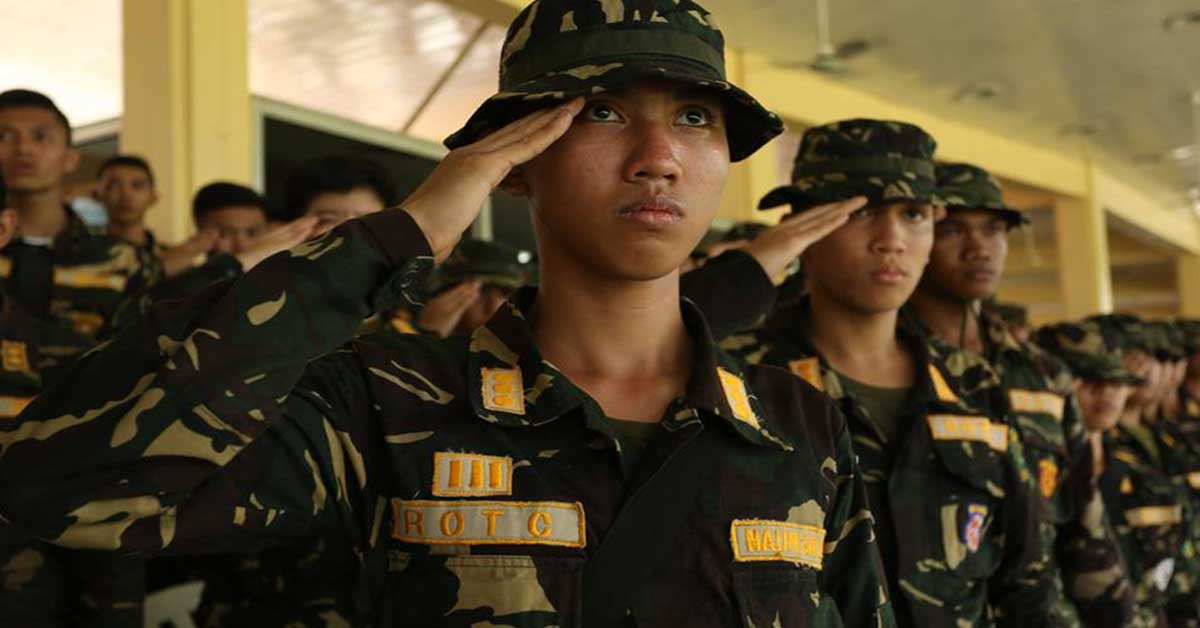 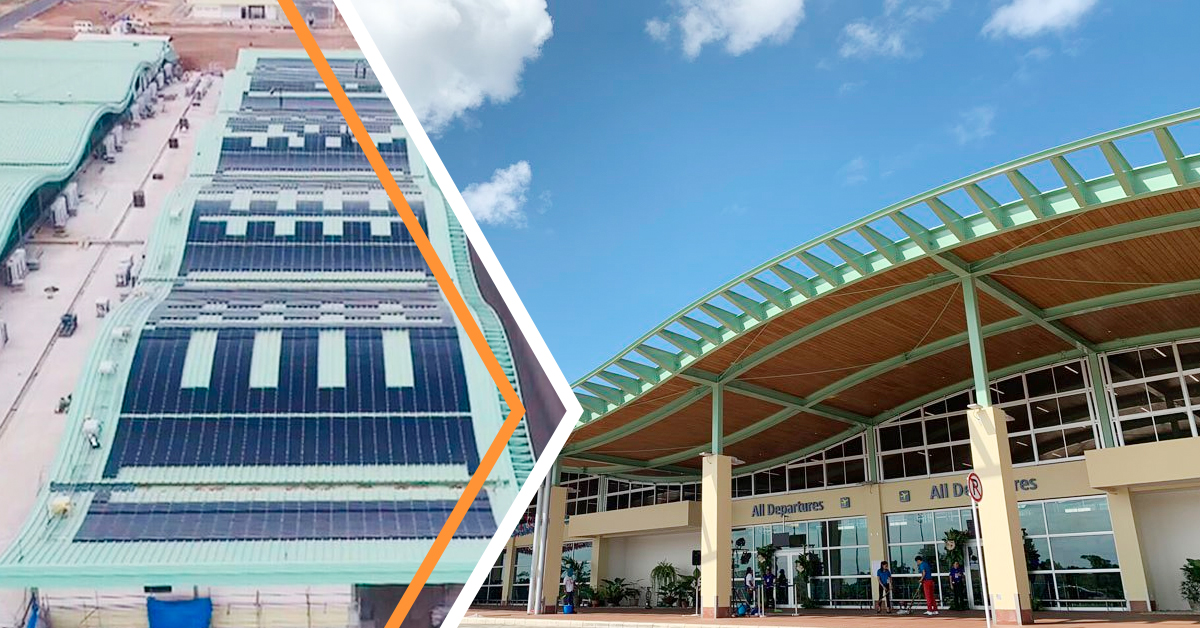 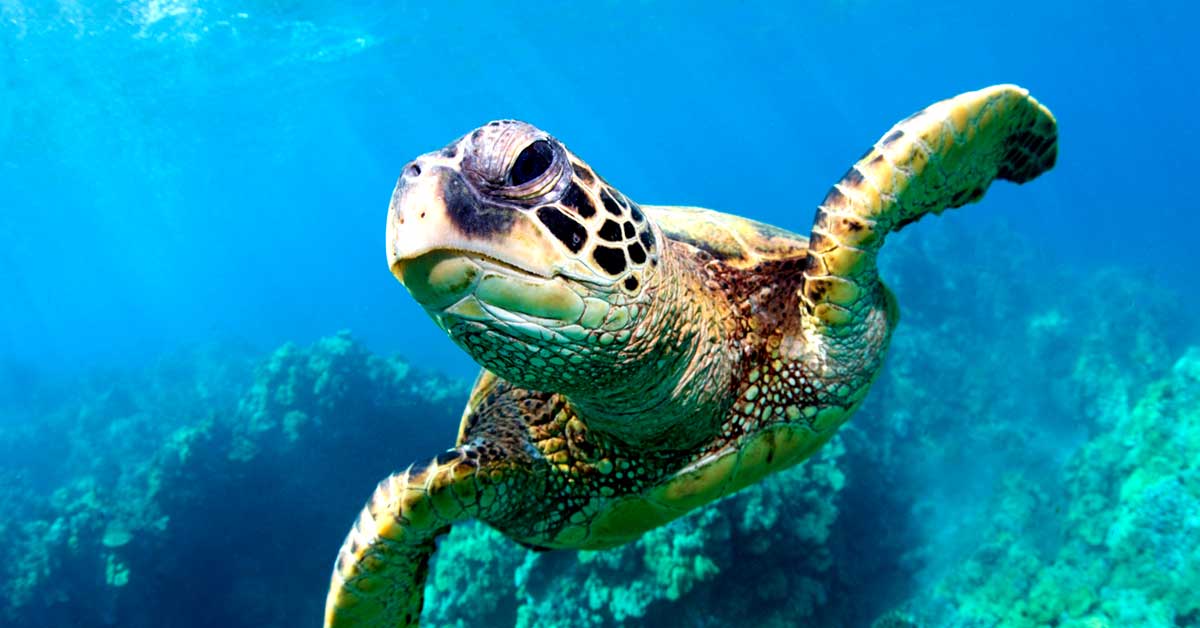 From predators to protectors of ‘pawikan’