SUBIC, Zambales — Chinese President Xi Jinping had come and gone, but fishermen in Zambales province said they had not heard if the government fought for their right to fish unhampered at Panatag Shoal and other parts of the West Philippine Sea.

Laureano Artagame, head of the municipal fishing vessel registry office here, said the fishermen had been waiting for concrete plans for their access to Panatag, internationally known as Scarborough Shoal and located 230 kilometers off the coast of Zambales.

“There were no clear details about those agreements [made between President Duterte and Xi]. Do they benefit us fishermen? We are still not assured of anything,” Artagame told the Inquirer on Wednesday.

Located within the country’s 370-km exclusive economic zone (EEZ), Panatag has been guarded by Chinese Coast Guard vessels since 2012, after China grabbed the shoal from the Philippines.

China claims nearly the entire South China Sea, but the Permanent Court of Arbitration in The Hague, ruling in 2016 on a challenge brought by the Philippines, invalidated China’s sweeping claim and upheld the Philippines’ right to fish and explore for resources in the West Philippine Sea.

West Philippine Sea is the local name of waters within the country’s EEZ.

China ignored the arbitral ruling and the Duterte administration set it aside in exchange for aid, loans and investment from China. —Reports from Allan Macatuno and Joanna Aglibot

The Philippine Navy said that Wednesday’s capability test firing activity held off the waters of Lamao Point, Bataan, was not intended to coincide with the two-day visit to the country of Chinese President Xi Jingping.

This was clarified by Commander Jonathan V. Zata, director of the Naval Public Affairs Office on Wednesday.

“It’s not intentional. It’s not something that was planned, purposely for anyone, or any organization. It so happened that the planning cycle afforded this window and this is the only available window that was agreed upon,” Zata said.

“Hindi ito (This is not) purposely against one person or against an organization or even a particular entity. It so happened lang na yung (that the) planning cycle, even consideration… medyo nauna na to (This came first) even before…,” he added.

Zata said the Capability Demonstration is PN’s way of showing its readiness and preparedness as it acquires new capabilities as part of the ongoing military modernization program.

He said it is necessary to test, inspect and accept the weapons and its systems in accordance with the contract for the final acceptance of the system.

Zata said Vice Admiral Empedrad, together with other senior Navy officers and DND Defense Acquisition Office representatives were on board an MPAC as they witnessed the historic missile live fire testing.

He said a Spike-ER missile was fired and accurately hit the designated target, approximately 6 kilometers away from the firing platform.

“The target was hit dead center even if the sea state condition was moderately rough with wave of at least 1 meter high but within the normal firing conditions of the missile,” Zata said.

The Philippine Navy MPAC Acquisition Project earlier entered into a contract with RAFAEL, through SIBAT of Israel Ministry of Defense (IMOD), for the supply and integration of the Weapons Systems to MPAC MKIII platforms.

PILAR, Bataan — More drug surrenderers are expected to receive help in leading new lives with the inauguration on Monday of the newly-constructed Bataan Drug Treatment and Rehabilitation Center at the foot of historic Mt. Samat here.

Dr. Elizabeth Serrano, chief of hospital, said the center was built through funds from the Department of Health (DOH) and the Dangerous Drugs Board (DDB) amounting to more than PHP50 million.

Serrano said their operation began in an old building in Barangay Liyang here that was built in the 1970s by the Kabataang Barangay, then headed by Imee Marcos, now Ilocos Norte governor, as training center for the youth.

She said they started with a 50-bed capacity in October of 2008.

With the new center constructed on the same location, she said they now have a 220-bed capacity facility.

The new center, built on 1.7-hectare lot, will offer regular in-house program, outpatient treatment, after care treatment, and medical and dental services. There will also be an art room, prayer room and chapel for spiritual rehabilitation, Serrano said.

The center also has a room, where paintings and other forms of art of the “residents” or rehabilitees are displayed.

Serrano said at present, they have less than 90 “residents” and 300 outpatients. About 60 percent are Bataan residents and the rest from various parts of the country.

Residents undergo eight to 12 months of rehabilitation and the outpatients, four months.

Serrano said that thousands of residents have already graduated in their 10 years of operation. (PNA)

THE Department of Transportation (DoTr) said it is expecting total passengers at the Clark International Airport (CIA) to reach 2.5 million next month as the holiday season kicks in.

In a statement on Monday, the DoTr said Clark International Airport Corp. (CIAC) president and chief executive officer Jaime Alberto C. Melo reported the number of passengers in Clark is set to hit a record 2.5 million by the third week of December. In 2017, CIA recorded 1.5 million passengers.

“(Clark International Airport) is now one of the country’s busiest airports and this 2.5 million passenger mark is another record-breaking milestone for Clark,” he was quoted as saying.

The gateway in Pampanga currently handles 390 domestic and 184 intrnational flights every week. By next year, the Clark airport eyes 11 domestic and 24 international destinations.

“The increase in the number of passengers here at the Clark Airport means we help ease congestion at the Ninoy Aquino International Airport (NAIA) and in Metro Manila, and at the same time increase economic activities in the central and northern regions,” Mr. Melo added.

The Clark airport targets to register 4.5 million annual passengers by 2022. — Denise A. Valdez

MANILA, Philippines — As Chinese President Xi Jinping visits the country this week, a Chinese company will invest $2 billion or about P105.2 billion to establish an industrial park in New Clark City, Pampanga.

According to a report in the Financial Times, the China Gezhouba Group will sign a memorandum of understanding to develop 500 hectares in Clark.

This would be one of the largest projects under the Duterte administration’s “Build Build Build” infrastructure program.

It would also be one of Beijing’s biggest investments in the country.

The signing of the deal will coincide with Xi’s two-day state visit to Manila, the first by a Chinese leader since former President Hu Jintao.

“You are talking about thousands of jobs that would be made available there once those industrial locators come in,” Dizon told the Financial Times.

An executive from Gezhouba said an intention and framework for investment has been established, the Financial Times reported.

The Chinese group has been waiting for official feedback from the Philippine government and is currently in the “stage of commercial confidentiality.”

“We hope to promote co-operation with the BCDA, with the help of the high-level government visit this time,” the Gezhouba senior official told Financial Times.

Gezhouba will be the second Chinese company to establish a major presence in the Philippines in recent months after China Telecom, which has expressed intent to become the country’s third major telecommunications provider.

The Philippines and China have agreed on $15 billion or P789 billion worth of infrastructure projects when President Rodrigo Duterte visited Beijing last year.

‘Debt trap’
However, implementation of China-backed projects have been slow with net foreign investment flows from Beijing amounting to about P9.48 billion in the first half of 2018, the report noted.

“Projects they support are often unsustainable and of poor quality. And too often, they come with strings attached and lead to staggering debt,” Pence said during the Asia-Pacific Economic Cooperation CEO Summit in Port Moresby, Papua New Guinea.

Budget Secretary Benjamin Diokno, meanwhile, assured the public that the Philippine government is “very careful” in choosing projects with China.

“We are very careful. Number one, we choose the projects we want… Second, we would step around for the best terms,” Diokno said. — Patricia Lourdes Viray 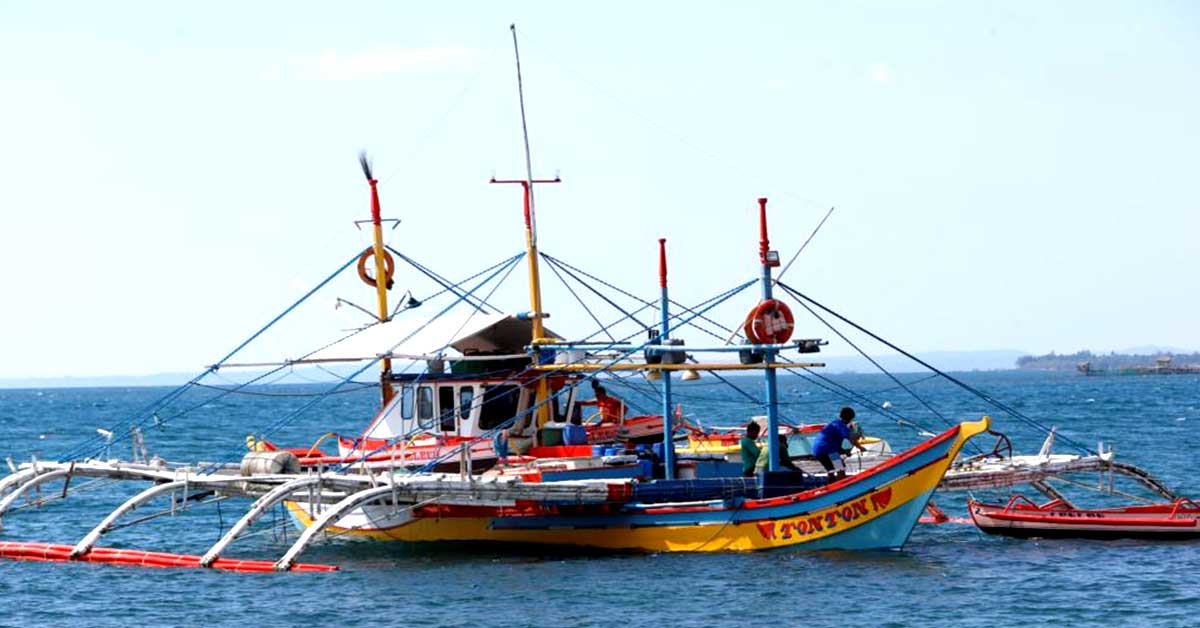 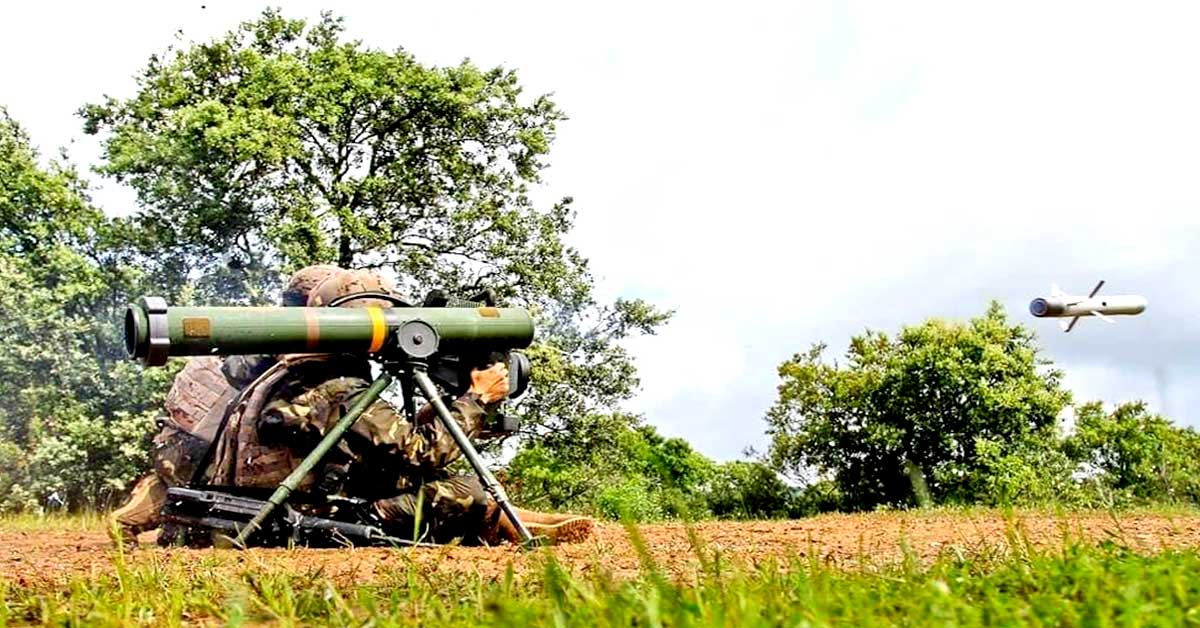 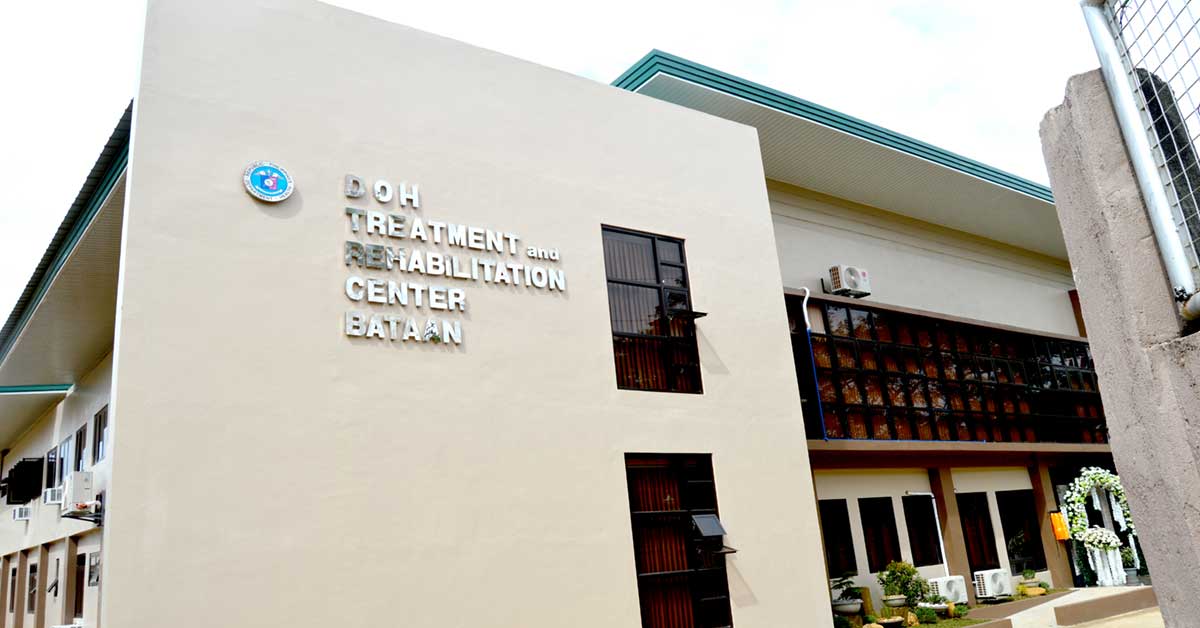 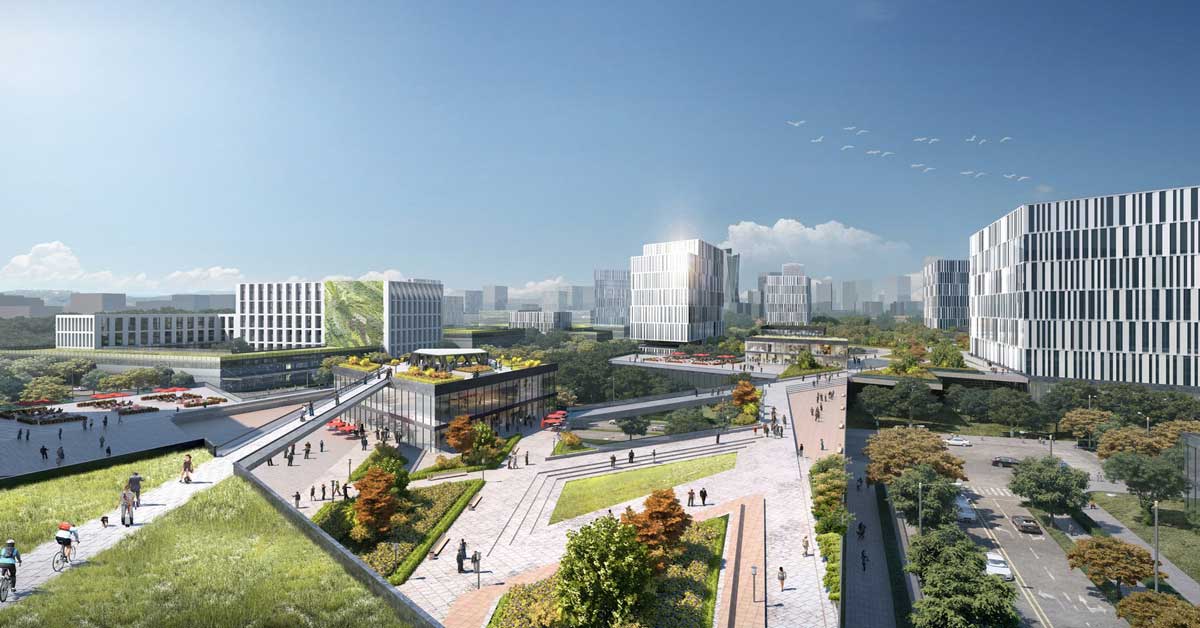 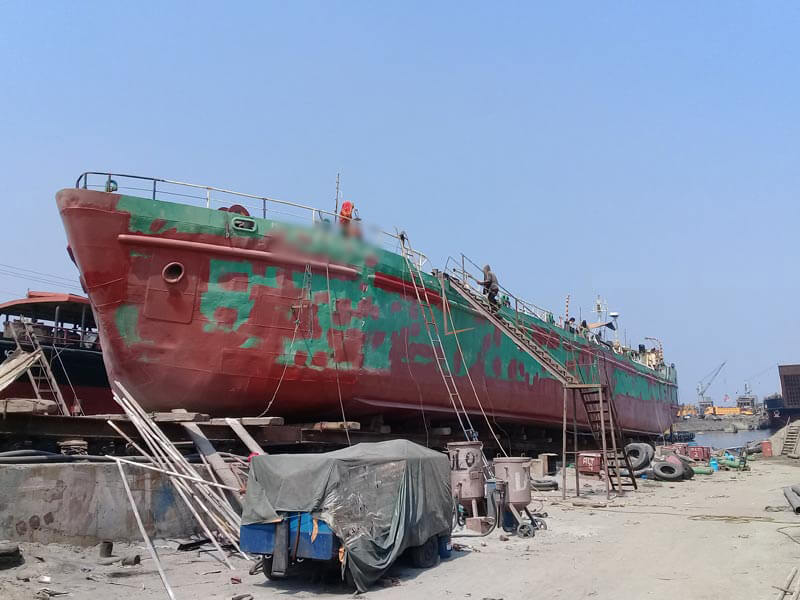 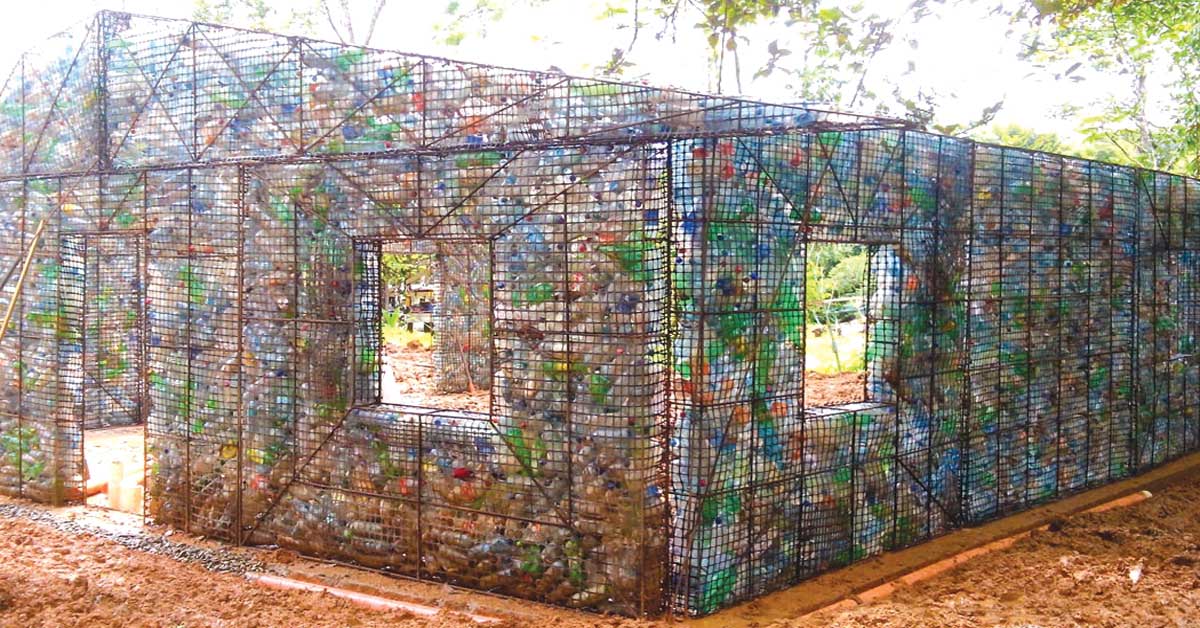 Recycling firm to launch prefabricated houses made from plastic waste

DOLE to crack down on illegal aliens in casinos 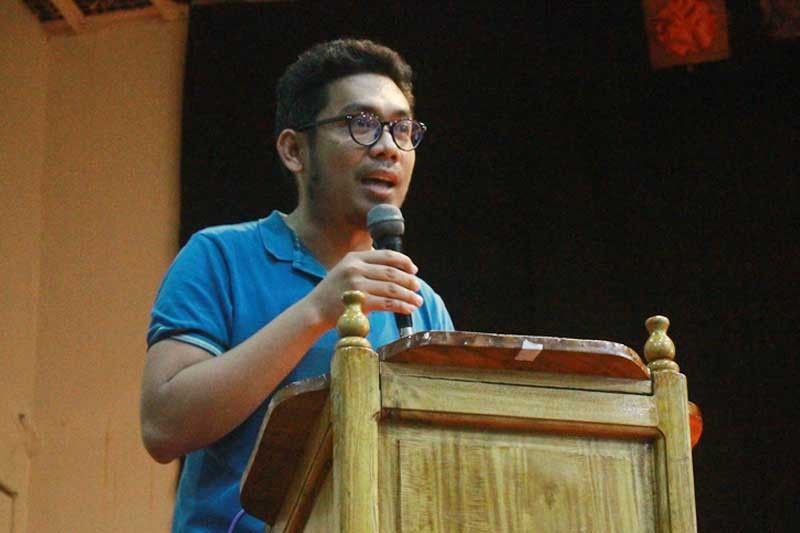 10,000 teachers may lose jobs due to removal of Filipino, Panitikan 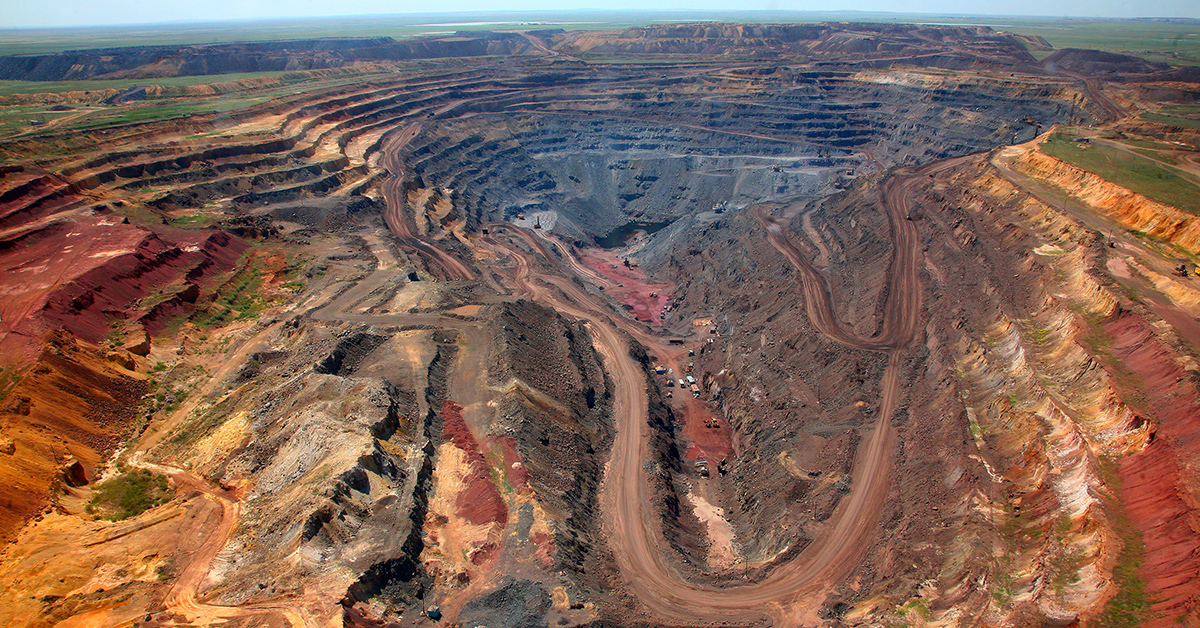 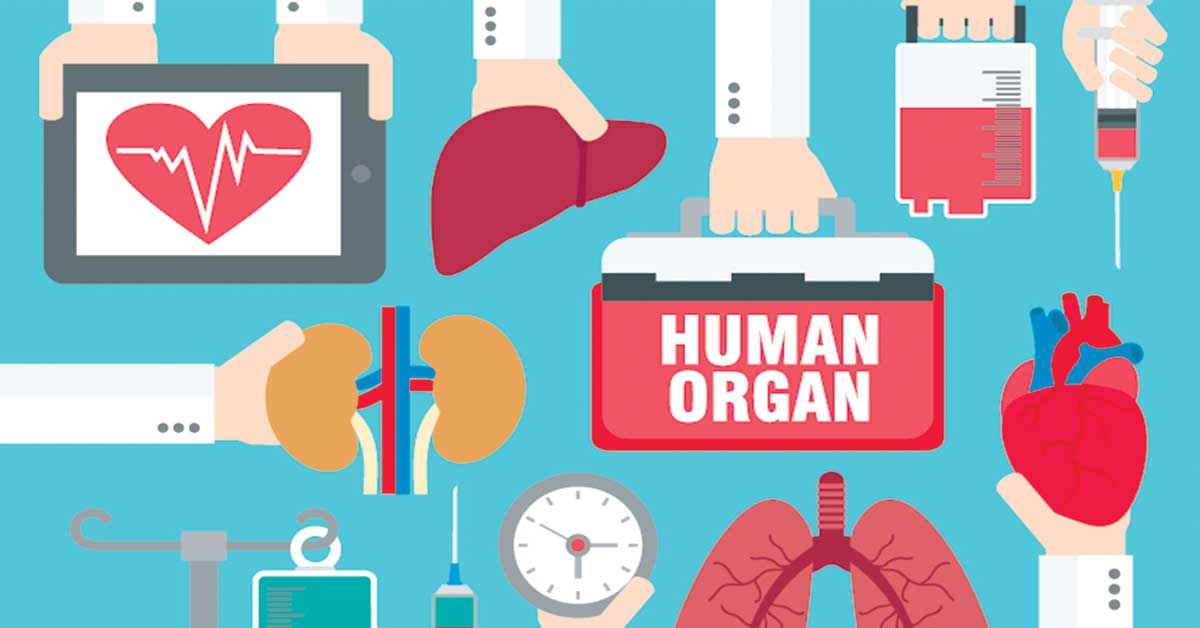 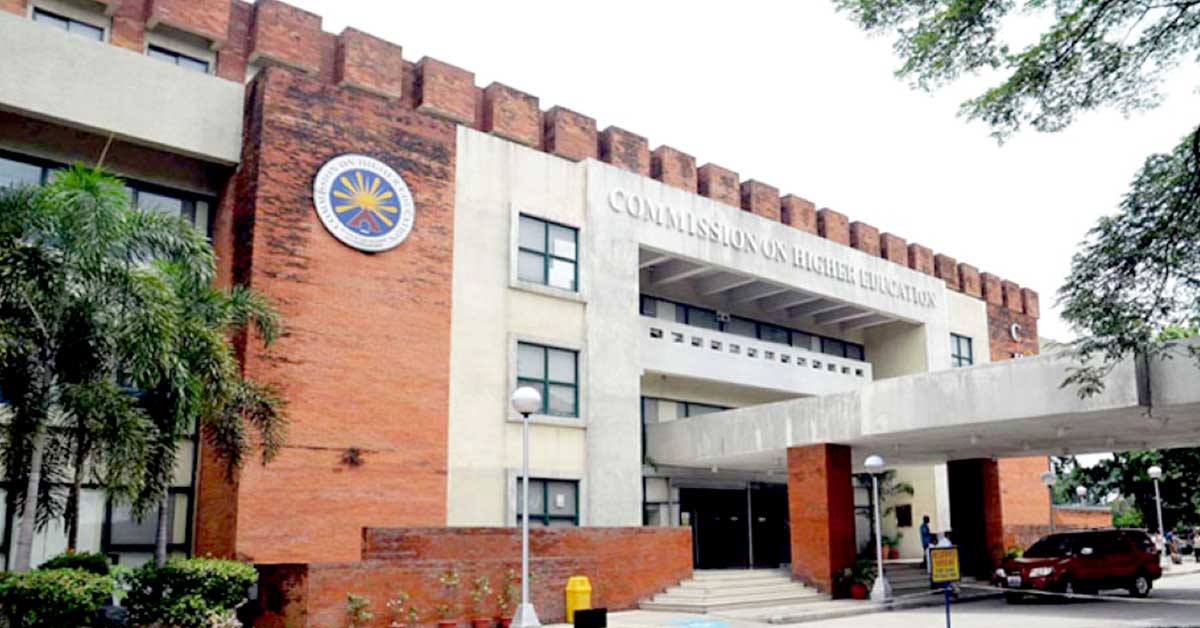