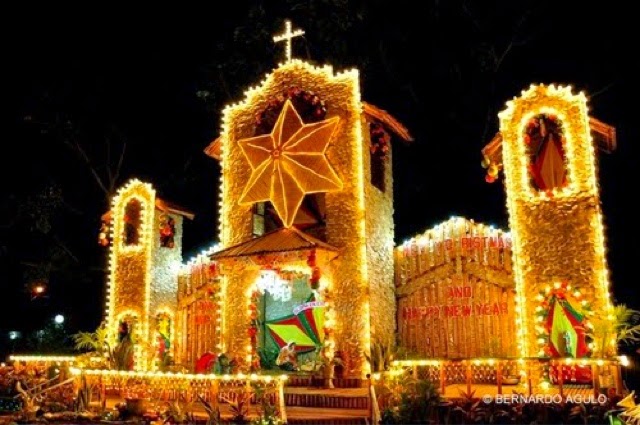 A report published by the US-based Pew Research Center in 2010, stated that the Philippines still holds the distinction of being the center of Christianity in the entire Asian continent. Out of the 93.3 million Filipinos in the country, 86.8 million (or 93 percent) are Christians. Apart from being number one in Asia, the country also ranked at number five world-wide, following behind the United States, Brazil, Mexico, and Russia.

So it comes as no surprise that unlike other countries’ depiction of Christmas as commercial, our observance of the Yuletide season tends to gravitate more towards the spiritual, the centerpiece of which is the practice of Simbáng Gabi.

SImbang Gabi (Night Mass) refers to a nine-day series of masses which are held in anticipation of Christmas and to venerate the Blessed Virgin Mary. The masses are held daily from December 16 which culminates on Christmas eve with a special service called Misa del Gallo (Rooster’s Mass). Although the schedule for the mass varies in present day, traditionally it is scheduled very early in the morning (usually between 03:00 AM to 05:00 AM).

The practice has its probable roots in the Spanish era of the country. In those days, masses were usually held in the evening but since a good majority of Filipinos at the time were farmers, they did not have the time to attend mass. As such, a compromise was reached: Priests would hold their masses very early in the mornings so that farmers who tend to begin their work before sunrise (to avoid the tropical heat) may be able to participate. The custom eventually became widespread and still continues to this day.

Interestingly, Simbang Gabi was once banned in the country and by no less than the Vatican itself. According to the decree, churchgoer’s habit of singing Christmas songs in their native tongue was a perversion of the sanctity of the mass. And so, through then-Manila Archbishop Felipe Pardo, Simbang Gabi services was stopped altogether in the Philippines.

Thankfully, the rest of the clergy in the country resumed holding Simbang Gabi masses after the death of Pardo. Overall, the ban lasted for nine years (from 1680-1689).

Although, much of what was traditional still remain in practice, Simbang Gabi has somewhat evolved with the times. Although some would claim that it disregards the solemnity of the mass, live broadcasts of SImbang Gabi can be watched on television on local channels. Nevertheless, it allows many Filipinos who work overseas, and thus have no access to any Simbang Gabi Mass, somewhat of an access to a cultural activity that they would otherwise miss out on.