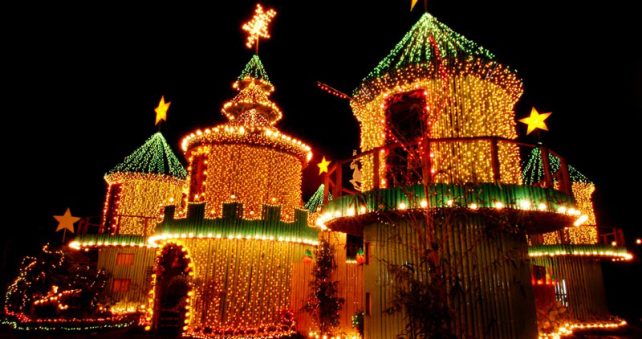 The longest Christmas on Earth

In many places in the world, the Yuletide only lasts for so long. In most countries, the celebration of Christmas (with its accompanying decorations and music) starts around the first week of December and lasts until the last week or so of the month. In some, the celebration is limited to the day itself.

Orthodox churches in Russia, Ukraine, Ethiopia and other countries use the old Julian calendar and as such, celebrate Christmas on January 7 instead of the more common December 25. In Armenia, Christmas day is celebrated together with ‘Epiphany’ (also known as the Feast of the Three Kings) on January 6.

In Japan, Christmas eve is celebrated more than Christmas day. Instead of a religious celebration, Christmas is thought of as a romantic day by the Japanese. In many ways, it resembles how Valentine’s Day is celebrated – couples spend time together and exchange presents with each other.

One of the few countries that celebrate the Yuletide quite extensively is Puerto Rico. Their celebration usually starts right after Thanksgiving Day (which is observed on the fourth Thursday in November of every year). While they do celebrate Christmas Eve and Christmas Day as other countries do, December 28 is also an important date to them. It is when they observe Dia de los Inocentes (or Holy Innocents Day). During that day, it is customary to pull pranks on each other, just as other countries are wont to do during April Fools’ Day.

Their celebration continues all the way to the first few days of February, which is when they consider Christmas to be officially over. During the sixteen days that follow their observance of Dia de Reyes (Day of the Kings) on January 6, Puerto Ricans hold special services known as the Octavas and Octavitas.

But even Puerto Rico can hold no candle to the Philippines when it comes to Christmas celebrations. In our country, Christmas time begins as early as September and ends in January (That’s a little over four months!).

The common belief among Filipinos is that Christmas décor ought to be displayed as soon as “ber” months roll in (Septem-ber, Octo-ber, Novem-ber and Decem-ber). As such, lavish displays featuring Santa, his reindeer, parols, and belens (among may others) can be seen gracing the façade of houses and commercial establishment months before other countries usually do. It is a pretty common experience to smell the scent of bibingka and puto bumbong well ahead of the cool weather that usually accompany the Yuletide season in the country.

Even carolers, who are not supposed to start until the first Misa de Gallo (Simbang Gabi) can be seen going around neighborhoods and belting out Holiday music.

And on Christmas Day itself, Filipino families gather for the Noche Buena, a night-long celebration celebration punctuated with a wide variety of meals.

Christmas season officially ends in the country with the observance of Three Kings Day in January. On this day, all the Christmas décor that has been on display for more than a third of the year are finally taken down (only to be put up again on September of that year!).

But the most important thing to remember is that no matter where one is in the world, the holiday season is all about family (with food being a very close second!). Regardless of where one celebrates the Yuletide, whether it’s on a trip elsewhere or in the comfort of home, the simple joy of being surrounded by loved ones is what must not be forgotten.