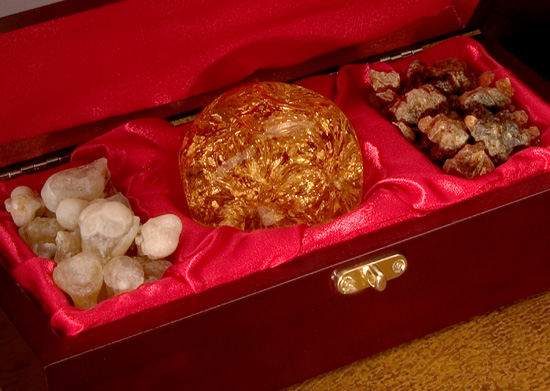 Feast of the Three Kings

Also known as Epiphany Day, the Feast of the Three Kings marks the end of a four-month long celebration of Christmas in the Philippines. Internationally, the event is mostly celebrated in Latin American countries and Spain.

Children in these countries receive their presents on the Feast of the Three Kings instead of Christmas Day (some lucky kids may get gifts on both days!). In point of fact, before the image of good jolly St. Nick in his red coat and overalls became associated with the practice of gift-giving, it was the Three Kings who held that place.

The holiday marks the three kings (magi or wise men, in some translations) visiting and offering tributes to the prophesied messiah. Although they are depicted in many belens (nativity scenes) visiting the infant Jesus on the night of his birth in a manger accompanied by shepherds (and angels), the two events actually happened separately.

The first is what is known as the Adoration of the Shepherds, in which shepherds bore witness to the newly born Jesus, arriving soon after the actual birth. The second is called the Adoration of the Magi, is the event in which the three wise men locate the infant Jesus by following a star, and is thought to have occurred much later than the actual birth. The two are often combined in depictions as a matter of convenience.

According to the Gospel of Matthew (2:1 to 23), after the birth of Jesus, the three wise men visited the then-King of Judea Herod in order to inquire about the birth of the King of the Jews because they had his star rising in the east. Herod, alarmed at the prospect of a possible usurper, tasked the three wise men to search for the child and report back to him so that he may “go and worship him”.

However, after they had found the infant Jesus, they were all warned in a dream not to go back to the deceitful Herod. When Herod realized that the wise men had no intention of reporting back to him, he gave an order to kill all male infants in Bethlehem, an event that later became known as the Massacre of the Innocent.

While the bible records nothing regarding the three wise men after their return to their own countries, popular belief holds that they were so moved by their encounter with the infant Jesus that they either became Christians on their own or were quick to convert after they encounter an apostle of Jesus later on.

The three wise men are not named in the bible but are identified based on legends and traditions. The first of them is named Melchior, who is supposedly a scholar from Persia. The second is Gaspar (sometimes spelled Caspar or Jaspar), who is a scholar from India. The third of the wise men is named Balthasar (or Balthazar), believed to be a scholar from Babylon. Fascinatingly, some Chinese Christians hold the belief that one of the magi came from China.

As their gesture of respect for the infant Jesus, the three wise men each presented a gift: gold, frankincense, and myrrh. The three gifts are generally believed to have spiritual meaning. Gold represents monarchy on earth and is a fitting gift to a king. Frankincense represents veneration of God – as one would traditionally burn an incense to appease a deity. Myrhh symbolizes mortality, since it is used as an embalming ointment.

Although it has never been established conclusively, the remains of the three wise men are believed to be kept collectively. Legendary merchant and explorer Marco Polo recounted in his momoirs that he was once shown the tombs of the wise men in Saveh, Iran during the 13th century. In present day, the bones of the magi are understood to be kept behind the high altar of Cologne Cathedral in Germany.